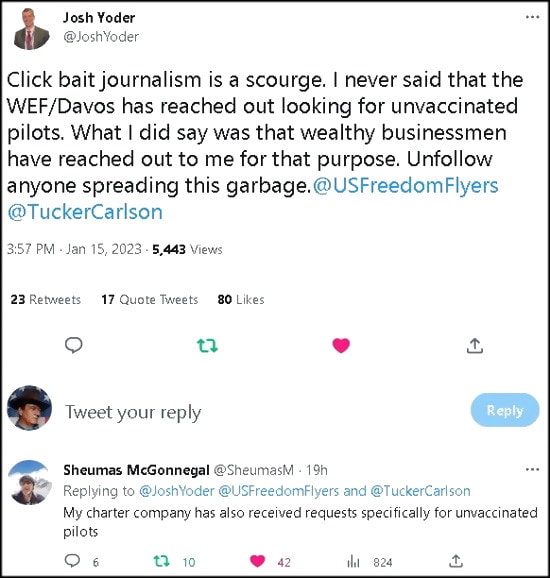 The Gateway Pundit has reported extensively on the increasing number of incidents involving pilots either dying suddenly or fainting while flying. While no one has conclusively proven whether the COVID vaccine is responsible, ignoring these occurrences is simply imprudent…..

Brought to you by Pfizer