Here is a “graphene” UPDATE STORY on where the technology/advancement has come and is headed.

THE VERGE catches us up with the story, but, they also have a story on a device already using graphene:

….At the end of an event where two devices were already announced — the Huawei Mate 20and Mate 20 Pro — Huawei had another surprise up its sleeve. The Huawei Mate 20 X is the largest in the lineup with its 7.2-inch OLED display, which already consists of three phablet devices. The device is equipped with a massive 5,000mAh battery, and it’s compatible with styluses.

Huawei emphasized the device’s gaming performance and its vapor chamber cooling design that, combined with “graphene film cooling technology,” the company claims will keep its Kirin 980 SoC cool even under heavy loads. Other specs include 6GB of RAM and 128GB of onboard storage, and a dual speaker configuration…. 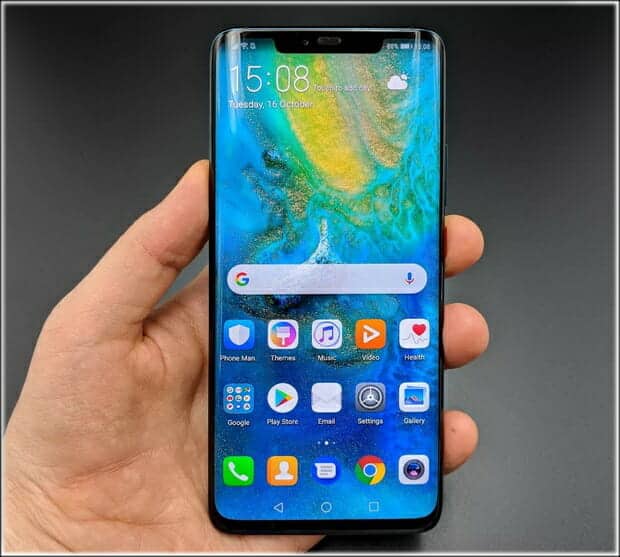 (The below was originally posted in April of 2015)

James M. Tour is a synthetic organic chemist, specializing in nanotechnology. Dr. Tour is the T. T. and W. F. Chao Professor of Chemistry, Professor of Materials Science and NanoEngineering, and Professor of Computer Science at Rice University in Houston, Texas, United States.

He is well known for his work in molecular electronics and molecular switching molecules. He has also been involved in other work, such as the creation of a nanocar and NanoKids, an interactive learning DVD to teach children fundamentals of chemistry and physics, SciRave, Dance Dance revolution and Guitar Hero packages to teach science concepts to middle-school students and SciRave-STEM for elementary school children, and much work on carbon nanotubes and graphene. Dr. Tour’s work on carbon materials chemistry is broad and encompasses fullerene purification, composites, conductive inks for radio frequencies identification tags, carbon nanoreporters for identifying oil downhole, graphene synthesis from cookies and insects, graphitic electronic devices, carbon particle drug delivery for treatment of traumatic brain injury, the merging of 2D graphene with 1D nanotubes to make a conjoined hybrid material, a new graphene-nanotube 2D material called rebar graphene, graphene quantum dots from coal, gas barrier composites, graphene nanoribbon deicing films, supercapacitors and battery device structures, and water splitting to H2 and O2 using metal chalcogenides. His work with the synthesis of graphene oxide, its mechanism of formation, and its use in capturing radionuclides from water is extensive. Dr. Tour has developed oxide based electronic memories that can also be transparent and built onto flexible substrates. More recently, he has been using porous metal structures to make renewable energy devices including batteries and supercapacitors, as well as electronic memories. Tour is also well known for his work on nanocars, single-molecule vehicles with four independently rotating wheels, axles, and light-activated motors. His early independent career focused upon the synthesis of conjugated polymers and precise oligomers. Dr. Tour was also a founder of the Molecular Electronics Corporation. He holds joint appointments in the departments of chemistry, computer science, and materials science and nanoengineering at Rice University. Dr. Tour received degrees from Syracuse University (BS, 1981), Purdue University (PhD, 1986) and completed postdoctoral work at the University of Wisconsin–Madison (1986–1987) and Stanford University (1987–1988).

Tour holds more than 60 United States patents plus many non-US patents. He has more than 500 research publications.

In the Scientific American article “Better Killing Through Chemistry”, which appeared a few months after the September 11 attacks, Tour is credited for highlighting the issue of the ease of obtaining chemical weapon precursors in the United States.

In 2001, Tour signed the Discovery Institute’s “A Scientific Dissent From Darwinism”, a controversial petition which the intelligent design movement uses to promote intelligent design by attempting to cast doubt on evolution. To those who “are disconcerted or even angered that I signed a statement back in 2001” he responded “I have been labeled as an Intelligent Design (ID) proponent. I am not. I do not know how to use science to prove intelligent design although some others might. I am sympathetic to the arguments on the matter and I find some of them intriguing, but the scientific proof is not there, in my opinion. So I prefer to be free of that ID label.”

He had also said that he felt the explanations offered by evolution are incomplete, and he found it hard to believe that nature can produce the machinery of cells through random processes. On his website, he writes that “From what I can see, microevolution is a fact” and “there is no argument regarding microevolution. The core of the debate for me, therefore, is the extrapolation of microevolution to macroevolution.”

In Lee Strobel’s book “The Case For Faith” – the following commentary is attributed to Tour: “I build molecules for a living, I can’t begin to tell you how difficult that job is. I stand in awe of God because of what he has done through his creation. Only a rookie who knows nothing about science would say science takes away from faith. If you really study science, it will bring you closer to God.”…

Here is a quote I found fascinating regarding possible spinal injury help via GRAPHINE:

… in 2013 R&D Magazine named him “Top Scientist of the Year.” He holds joint appointments in the depart­ments of chemistry, computer science, materials science, and nanoengi­neering, and he has more than 700 research publications and over 140 patents. It is hard to overstate his stature in the field of nanoscience, which includes nanobiology, nanochemistry, and nanoengineering.

Tour is Jewish, born in Manhattan and grew up in the New York area, so when he visited New York City, we met at the Second Avenue Deli in Manhattan.6 Just before our matzo ball soup arrived he thrust his phone at me unannounced and clicked on the unappetizing video of a white rat whose spinal column had been purposely “severed at the C5 vertebrae” so that it was paralyzed from the neck down. He explained to me that using graphene “nanotubes”—bisected lengthwise into what look like noodles, albeit on an impossibly microscopic scale—he has created tiny “bridges” over which nerves can and actually do regrow. As I watched the video I soon saw the same rat utterly restored. Tour explained that in less than two weeks the nerves from opposite sides of the severed vertebrae grew over the graphene and linked, enabling the rodent to control its limbs again. It seemed a miracle, but Tour said similar technology will make it possible to reconnect severed optic nerves too, so in lectures he says he is enabling the lame to walk and the blind to see, and even though this gets a laugh, he’s not kidding.

A list of Tour’s other projects—one may consult Wikipedia—is impossibly long and impressive. It includes creating “nanocars,” each of which is com­prised of a single molecule. His 2005 article about this—titled “Directional Control in Thermally Driven Single-Molecule Nanocars”—was ranked the Most Accessed Journal Article by the American Chemical Society. These are molecules he creates in the lab that are essentially tiny cars with independently moving axles, wheels, and a chassis. And each of them has a “motor” fueled by light. This is not science fiction, but science. Tour explains that if thirty thousand or so of these molecular “cars” were parked side by side, they would take up the width of a human hair…..