I called this a year ago (Alan Dershowitz was calling it a few days earlier as well!): 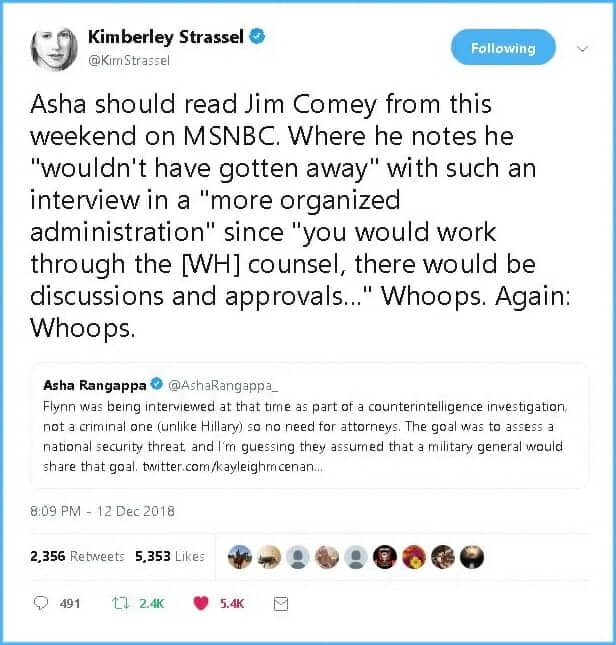 Rep. Jim Jordan has been on this scent for a year… here he lays out his thoughts anew:

…The bombshell allegation seems to have piqued the interest of Sullivan, a magistrate known for having a low tolerance level for the shenanigans of federal prosecutors.

Sullivan — who  overturned the 2008 conviction of former U.S. Sen. Ted Stevens after government misconduct came to light — is weighing how to sentence Flynn, who pleaded guilty to one count of lying to federal authorities during the 2017 interview in the West Wing. Flynn faced mounting legal bills that forced him to sell his home amid the prosecution, and Mueller  has already recommended he receive no prison time.

The judge’s brief order states that Mueller can choose to file the materials under seal if necessary.

Sullivan also ordered the Flynn team to turn over the documents backing up its assertions. The judge could determine why the FBI apparently took a significantly more aggressive tack in handling the Flynn interview than it did during other similar matters, including the agency’s sit-downs with Hillary Clinton and ex-Trump adviser George Papadopoulos.

Flynn is set to be sentenced next Tuesday — but Sullivan’s move might delay that date, or lead to other dramatic and unexpected changes in the case. Sullivan even has the authority to toss Flynn’s guilty plea and the charge against him if he concludes that the FBI interfered with Flynn’s constitutional right to counsel, although he has given no indications that he intends to do so.

Federal authorities undertaking a national security probe are ordinarily under no obligation to inform interviewees of their right to an attorney unless they are in custody, as long as agents do not act coercively. Flynn’s lawyers claimed in Tuesday’s filing that FBI brass had threatened to escalate the matter to involve the Justice Department if Flynn sought the advice of the White House Counsel before talking with agents.

In his order, Sullivan requested Mueller turn over the FBI’s Flynn interview report (known as a 302), a memo written by McCabe, and any similar documents in the FBI’s possession.

The judge is likely interested in finding out why the Flynn 302 is dated August 22, 2017, seven months after the interview took place…. 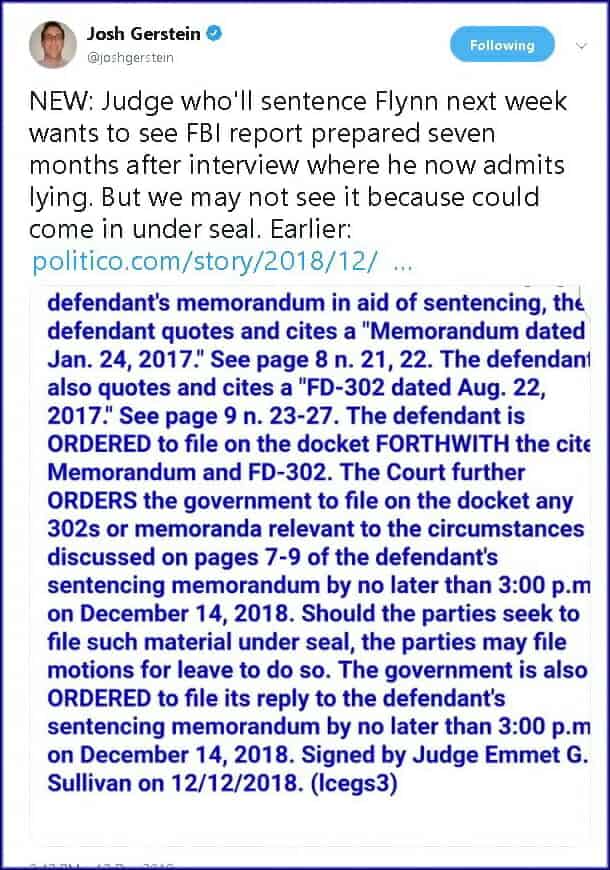