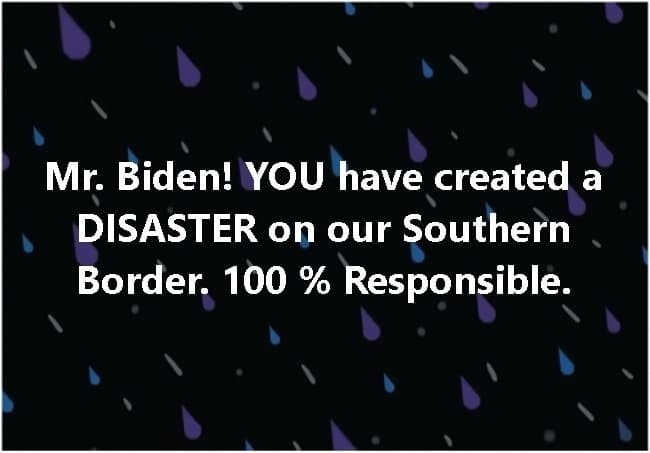 One of this friend’s – friend’s responded:

He cleaned up the former Prez’s issue by ripping up agreements….

The above bullet pointed story is one of many in the description of my upload….

I coble together some reminders that this crisis is all Biden’s doing.

Here are the linked stories: