Two Must see posts on this issue (besides the ones below):

American Thinker has this post on the event that should enrage the normal person. It is entitled, Ripping the USA: Revising History Dismally

It happened in July. A group of 25 selected professor historians met in Hawaii at a workshop sponsored by the National Endowment for the Humanities (NEH). They were to present and hear scholarly papers on the history of these United States in World War II. It was to be a high-level intellectual rendering of that war receding now into history.

It turned out to be a largely left-liberal diatribe about our nation’s sinful past. It was partisan as hell and, worst of all, an awkward attempt to rewrite history to make America out to be the world’s worst villain and all-around Bad Guy. Some speaker/presenters, presumably sticklers for historical accuracy, even made the USA out to be the moral equivalent of Nazi Germany and Imperial Japan. Yes, you read that correctly.

One of the 25 scholars invited was Professor Penelope A. Blake of Rock Valley College in Rockford, Illinois. Daughter of two World War II veterans, she had looked forward to this conference owing to her deep interest and scholarship in World War II history. Instead, she left the scholars’ conference incensed, ready to “do something” to remedy its patently absurd wrongs done to American history.

Instead of honest, fact-based analyses, Dr. Blake found a partisan howling, an agenda “driven by overt political bias and a blatant anti-American agenda,” reports Scott Johnson of Powerline,…

What a travesty of the Left. Here is the Powerline list-o’-stuff from there investigative post on this:

1. The U.S. military and its veterans constitute an imperialistic, oppressive force which has created and perpetuated its own mythology of liberation and heroism, insisting on a “pristine collective memory” of the war. The authors/presenters equate this to Japan’s almost total amnesia and denial about its own war atrocities (Fujitani, White, Yoneyama, 9, 23). One presenter specifically wrote about turning down a job offer when he realized that his office would overlook a fleet of U.S. Naval warships, “the symbol of American power and the symbol of our [Hawaiians’] dispossession…I decided they could not pay me enough” (Osorio 5). Later he claimed that electric and oil companies were at the root of WWII, and that the U.S. developed a naval base at Pearl Harbor to ensure that its own coasts would not be attacked (9, 13).

2. The Japanese attack on Pearl Harbor should be seen from the perspective of Japan being a victim of western oppression (one speaker likened the attack to 9-11, saying that the U.S. could be seen as “both victim and aggressor” in both attacks); that American “imperial expansion” forced Japan’s hand: “For the Japanese, it was a war to defend their unique culture against Western Imperialism” (Yoneyama 335-336); and the Pearl Harbor attack could be seen as a “pre-emptive strike.” (No mention of the main reason for the Pearl Harbor attack: the U.S. had cut off Japan’s oil supply in order to stop the wholesale slaughter of Chinese civilians at the hands of the Japanese military.) Another author argued that the Japanese attack was no more “infamous” or “sneaky” than American actions in Korea or Vietnam (Rosenberg 31-32).

3. War memorials, such as the Punchbowl National Memorial Cemetery (where many WWII dead are buried, including those executed by the Japanese on Wake Island and the beloved American journalist Ernie Pyle), are symbols of military aggression and brutality “that pacify death, sanitize war and enable future wars to be fought” (Ferguson and Turnbull, 1). One author stated that the memorials represent American propaganda, “the right to alter a story” (Camacho 201).

The appellants—fifteen former “comfort women” (six South Koreans, Four Chinese, three Filipinos, and one Taiwanese) — were forcibly abducted from their homes and coerced into serving as sex slaves for the Japanese military before and during World War II. The women allege that they endured rape, torture and other degrading treatment under a system of human trafficking and slavery. Between 1937 and 1945, the Japanese Imperial Forces abducted an estimated 200,000 young women—some as young as 12—from Asian countries to serve as sex slaves, or “comfort women,” for more than 2 million Japanese soldiers and officers.

4. The U.S. military has repeatedly committed rapes and other violent crimes throughout its past through the present day. Cited here was the handful of cases of attacks by Marines in Okinawa (Fujitani, et al, 13ff). (What was not cited were the mass-murders, rapes, mutilations of hundreds of thousands of Chinese at the hands of the Japanese throughout the 1930s and 40s. This issue is a perfect example of the numerous instances of assertions made without balance or historical context.) Another author stated that the segregation in place within our military and our “occupation” of Germany after the war was comparable to Nazism (‘we were as capable of as much evil as the Germans”) even though the author admits, with some incredulity, that he “saw no genuine torture, despite all the [American] arrogance, xenophobia and insensitivity.” He attributes American kindness towards conquered Germans to our “wealth and power” which allowed us to “forego the extreme kinds of barbarism” (Davis 586). Another author/presenter compared the temporary relocation camps erected by Americans during the war to Nazi extermination camps (Camacho 206). (This is perhaps the most outrageous, offensive and blatantly false statement I have ever read in a supposedly scholarly work).

5. Those misguided members of the WWII generation on islands like Guam and Saipan who feel gratitude to the Americans for saving them from the Japanese are blinded by propaganda supporting “the image of a compassionate America” or by their own advanced age. One author/presenter questioned whether the Americans had saved anyone from anything (Camacho 177, 209), arguing that the Americans could be seen as easily and justifiably as “conquerors and invaders” (199).

6. It was “the practice” of the U.S. military in WWII to desecrate and disrespect the bodies of dead Japanese (Camacho 186). (Knowing this to be absolutely false, I challenged the speaker/author, who then admitted that this was not the “practice” of our military. Still, the word remains in his publication. As he obviously knew this to be false, I can only assume that his objective was not scholarship but anti-military propaganda.)

7. Conservatives and veterans in the U.S. have had an undue and corrupt influence on how WWII is remembered, for example, successfully lobbying to remove from the Smithsonian Enola Gay exhibit images of the destruction caused by the atom bomb and the revisionist portrayal of the Japanese as victims in the war (Yoneyama). (What the presenter and author, Ms. Yoneyama, failed to explain was why all representations of Japan’s murderous rampages throughout China and the Philippines were removed from the exhibit as well…surely not at the request of American veterans or conservatives. When I challenged Ms. Yoneyama to explain this issue, a tense exchange ensued, but I finally established that Japanese influences had also played a role in “shaping” the exhibit. This never would have been mentioned had I not demanded the speaker address this distortion in her presentation. Ms. Yoneyama clearly intended to present a one-sided attack on those who wanted the exhibit to emphasize the many reasons why the atom bombs were necessary.) Ms. Yoneyama concluded her essay with a parting shot at the veterans, whom she mockingly labels “martyrs of their sacred war,” and “conservative elites” who objected to the Smithsonian’s revisionist history: “the Smithsonian debate ended in the defeat of those who sought critical rethinking, as well as the defeat of those who questioned the self-evident…, and the victory of those who felt threatened by obfuscation of the contours of conventional knowledge” (emphasis mine, 329,339). The author’s elitist dismissal of those who questioned the Enola Gay exhibit is representative of the perspectives and tone of much of the conference, as illustrated by the following point. 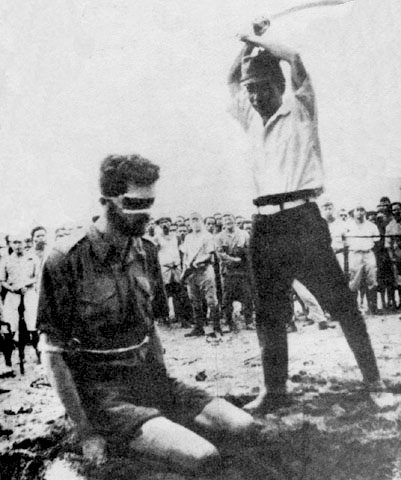 8. Conservatives are reactionary nationalists (no distinction was made between nationalism and patriotism), pro-military “tea baggers” who are incapable of “critical thinking.” Comments were made about “people who watch Fox News” not caring if the news “is accurate or not” (Yoneyama, Lecture). The end result of this deprecation within the conference room was to discourage debate and create an atmosphere of intolerance to opposing views, in direct violation of the stated objectives of the NEH. Several participants told me privately that they considered me “brave” for speaking up, thus begging the question: At a conference supposedly committed to openness and tolerance of all views, why should it take bravery to speak one’s mind?

9. Relating to the above, even members of the NEH review board are not immune to “reactionary” pro-military views. One essay recounts how an earlier attempt to receive funding for a similar conference was denied because some NEH reviewers thought the “program lacked diversity and balance among points of view”….and that the organizers possessed “a very specific, ‘politically correct’ agenda,” noting that “bias is dangerously threatening throughout.” The authors of the essay dismissed and denigrated these NEH reviewers with the same elitist attitude they exhibited towards the “Fox News” viewers: “Clearly this reviewer was unable to comprehend our understanding” of the conference objectives (in other words, he/she is stupid), and “what he or she really desired was the inclusion of defenders of American nationalism and militarism” (Fujitani, et al, 24).

10. Veterans’ memories of their own experiences in the war are suspect and influenced by media and their own self-delusion (Rosenberg, 18, 24). Therefore, it is the role of academics to “correct” their history. As one organizer commented, this will be more easily accomplished once the WWII generation has passed away. Another wrote, “America’s nostalgic war memories are beginning to fray around the edges” (White, 267).

11. War memorials like the Arizona Memorial should be recast as “peace memorials,” sensitive to all viewers from all countries, especially the many visitors from Japan. The conference dedicated significant time to the discussion of whether or not a Japanese memorial in honor of victims of the atom bombs should be erected at the Arizona Memorial site, in order to pacify Japanese visitors who may be offended by the “racism” [anti-Japanese] of the Arizona Memorial. To this end, the conference organizers discussed a revised film (1992) shown to visitors to the Arizona Memorial which removed some of the earlier (1980) film’s “Japan-bashing” and warnings about the need for the American military to remain prepared in the future. The new film, which emphasizes the reasons (justifications?) for the Japanese bombings of Pearl Harbor, includes fewer battle scenes and “transforms the triumphant feelings of victory with a more mournful reflection of losses inflicted by war” (White 285), thus sending a more pacifist, anti-war message and offering a perspective which makes people “less angry” after viewing the film (the author acknowledges that this has worked well, except for “older citizens” who are outraged by the “revisionist” sympathy towards the Japanese) (287). The new, more “inclusive” film features visual images of both American and Japanese dead, Japanese Buddhist monks visiting the memorial, and a culminating text which reads “Mourn the dead” as opposed to “Mourn American dead” or “Mourn our dead” so that “it represented the U.S. and Japanese” (emphasis mine, 288). The memorial’s superintendent, Donald Magee, summed up the tone of the new film: “We don’t take sides….here at Pearl Harbor we don’t condemn the Japanese” (292). Based on the author’s description, I refused to attend a viewing of the film, in protest of its appeasement of treachery and attempts to revise historical fact.

The American Legion has a list of some of the presenters. (This post should be read.) I am sure you can contact these professors through emails found on their schools websites. 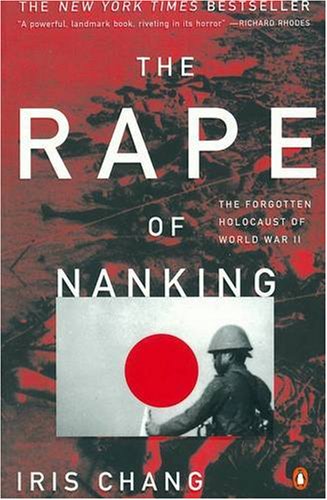 Warren Nishimoto, Director of the University of Hawai‘i Center for Oral History