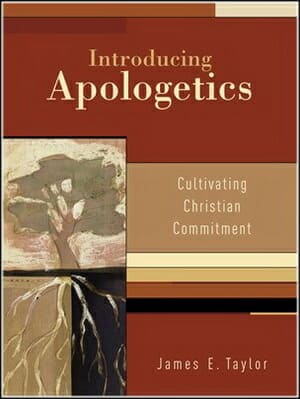 Hinduism may be the most metaphysically diverse of all religious traditions, since its practitioners have been polytheists, monotheists, pantheists, panentheists, atheists, and agnostics. This metaphysical diversity is grounded in the widespread Hindu conviction that the truth about ultimate reality is inexpressible and unknowable.

The Hindu name for ultimate reality is Brahman. In spite of the general skepticism just mentioned, many Hindu scholars have studied the Vedic texts (especially the Upanishads, the Bhagavad Gita, and the Brahma-sutra) to articulate an understanding of Brahman and Brahman’s relationship to the universe. The philosophical/theological systems formulated are called Vedanta. The three most in­fluential vedantic thinkers are Sankara (788-820), Ramanuja (1017-1137), and Madhya (thirteenth century AD).

Sankara’s view is called Advaita (non-duality) Vedanta. According to this worldview, reality is one, and the one is Brahman. It follows that the only absolute reality is Brahman, and therefore every­thing that exists is Brahman. Thus, each individual atman (soul) is identical with Atman (the world soul), and Atman is the same thing as Brahman. Though Brahman may seem to be a personal lord with a variety of divine attributes who is worthy of worship, Brahman is really impersonal (and so not appropriately worshiped) and completely without different and distinct qualities (except for being, consciousness, and bliss). This is clearly a version of pan­theism, which accounts for polytheism at the popular level: The allegedly many gods are just manifestations of Brahman. Sankara says that the assumption that there are many real things (human be­ings, animals, plants, inorganic things, different qualities of things, etc.) is due to ignorance and that this ignorance is caused by maya (illusion). According to his view, salvation comes through eliminating maya and the ignorance based on it by becoming enlightened. Enlightenment in­volves grasping that everything (including oneself, of course) is really (distinctionless and impersonal) Brahman.

Sankara’s interpretation of the Vedas is philosophically problematic, and because of this, it does not provide a plausible chal­lenge to Christian exclusivism. The main problem with his view is that it says, on the one hand, that there is only one thing and thus no distinctions between different kinds of things, and, on the other hand, that there is a distinction between maya and ultimate reality, ignorance and enlightenment, bondage to samsara and liberation from it, and so on. In short, Sankara’s Hindu theology is self-contradictory. Moreover, it does not help to distinguish, as Sankara does, between absolute reality (Brahman) and conventional reality (maya). This too is a distinction between two different things, and if Brahman is all, then there cannot be two different things. An additional problem is that Sankara’s view is inconsistent with the wisdom of collective human sensory experience, which reveals a world of many real things. An appeal to mystical experience does not save his position. There is no good reason to trust such an experience, since insofar as it supports Sankara’s view, it contradicts both reason and sense perception.

Ramanuja is a later Hindu thinker who tried to improve on Sankara’s theology by attempting to be faithful to the theme of unity between Atman and Brahman in the Vedas while avoiding contradiction. His theology is a qualified nondualism. According to his view, the universe is Brahman’s body, which emerges or emanates eternally out of Brahman and through which Brahman expresses itself. As such, the universe is coeternal with and dependent on Brahman, but it is not the same thing as Brahman. Therefore, the universe can consist in many different things, including souls, which are not identical with Brahman. If we take this to mean that the universe is part of Brahman, then Ramanuja’s theology is a version of panentheism. If instead Brahman’s body is not a part of Brahman, then Ramanuja’s view is a version of contingency monotheism. Either way, Ramanuja avoids Sankara’s pantheism. Moreover, whereas Sankara conceives of Brahman as impersonal, Ramanuja believes Brahman is a personal God who has become incarnate in many forms (such as Rama and Krishna)2 and who gives grace to save human beings who love him and are devoted to him (but this salvation does not involve atonement).i

Though Ramanuja’s picture of reality avoids the contradictory antirealism of Sankara’s approach, and though it includes some Christian themes, it faces a problem of evil that is more serious than the one afflicting the Abrahamic faiths. In the first place, if his view is panentheistic, so that the universe is part of God and the universe contains evil, then a part of God is evil. But Ramanuja says that God is perfect. Therefore, the universe does not contain evil, or God is not perfect, or the universe is not a part of God. Since it seems best to affirm the last of these alternatives, it seems best to reject the panentheistic interpretation of Ramanuja’s theology. Second, since Ramanuja affirms the eternality of souls (a consequence of his denial of creation ex nihilo), then those souls that have not yet been liberated from the cycle of death and rebirth have already suffered eternally. But this is an experience equivalent to eternal suffering in hell—at least with respect to length of time. Therefore, all of us still caught in the cycle of death and rebirth have no freedom of choice in this life to avoid eternal suffer­ing. We have already endured it! According to the Christian view, all human beings suffer only a finite amount during the one earthly existence they are granted, and they are given an opportunity to choose freely whether to suffer eternally apart from God. Moreover, there is consequently a much greater amount of pain and suffering for which Ramanuja needs to account than there is in the Christian view.

The third Hindu theologian is Madhya. According to his view, the universe is eternal and completely independent of God. His theology is a member of the cosmological dualism family. Thus, he avoids the problems facing Sankara’s panthe­ism and the panentheist interpretation of Ramanuja. Moreover, he says God is the designer of the universe but not the creator. Therefore, his theology does not have to explain why God either created or eternally generates a universe that contains evil, pain, and suffering. Like Ramanuja, he also affirms that God is personal, has become incarnate in different forms, and offers salvation by grace.

But Madhva’s account of God and the world has two serious problems. First, from the standpoint of Hinduism, it does not affirm the close relationship between God and the universe that is taught by the Vedas. Second, it can provide no satisfying philosophical explanation of the existence of the universe. Since Madhva’s position is that the universe is both eternal and independent, the universe’s existence is a brute fact. But the Abrahamic faiths and the other versions of Hinduism can all explain the existence of the universe as identical with God (Sankara), a part of or dependent on God (Ramanuja), or created by God out of nothing (Judaism, Christianity, and Islam). Therefore, these other theologies are supe­rior to Madhva’s theology in this respect.

2. In Hinduism, an incarnation of God is called an avatar.

i. RPT’s note. Ramanuja seems close to some theistic beliefs, but one should be aware that he lived around 1017–1137 AD, and so borrowed from Christianity to try and “fix” the glaring problems in Hinduism.