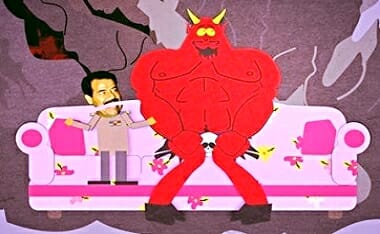 (I wish to explain my chosen head-line.) I say “pro-marriage” because, as Gay Patriot notes, “the Obama State Department recently honored Masha Gessen, a lesbian activist who had this to say on the topic of gay marriage:”

Fox News has this interview of the chair of National Organization of Marriage from just two weeks ago:

This quick addressing of the issue via Gateway Pundit:

The conservative group National Organization of Marriage accused the IRS of leaking documents to the Obama Campaign in 2012. A top Obama campaign official Joe Solomese used the information to attack Mitt Romney during the 2012 election.  The Huffington Post used the leaked documents in a story questioning former Massachusetts Governor Mitt Romney’s support for traditional marriage. The document showed Romney donated $10,000 to NOM.

The IRS agreed this week to pay only $50,000 in damages to the National Organization for Marriage after leaking confidential information to a leading gay marriage group…. The Right Scoop continues with the story via The Daily Signal:

DAILY SIGNAL – Two years after activists for same-sex marriage obtained the confidential tax return and donor list of a national group opposed to redefining marriage, the Internal Revenue Service has admitted wrongdoing and agreed to settle the resulting lawsuit.

The Daily Signal has learned that, under a consent judgment today, the IRS agreed to pay $50,000 in damages to the National Organization for Marriage as a result of the unlawful release of the confidential information to a gay rights group, the Human Rights Campaign, that is NOM’s chief political rival.

“Congress made the disclosure of confidential tax return information a serious matter for a reason,” NOM Chairman John D. Eastman told The Daily Signal. “We’re delighted that the IRS has now been held accountable for the illegal disclosure of our list of major donors from our tax return.”

In a separate posting, Gay Patriot notes the following:

Fact:  The IRS Targeted 104 Conservative and Tea Party groups to deny them tax exempt status during the 2012 election cycle.

Fact: Not a single progressive group (of the 7 audited) was denied tax exempt status in this period.

Fact: Lois Lerner’s computer hard drive “crashed” within ten days of Congress beginning an inquiry into the IRS targeting of Conservative groups. According to the IRS, this resulted in the loss of all of her emails to outside agencies… including the White House.

Fact:  Six other people with close ties to the IRS targeting of Conservative groups also had all of their emails destroyed.

Fact: The IRS abruptly canceled its contract with a company that backed up its emails externally after Congress initiated an inquiry.

Now, a reasonable person looking at the above set of facts might say that the pattern is consistent with an agency that did something wrong and then undertook to destroy the evidence of wrongdoing.

But according to the Democrats, to draw such a conclusion from that set of facts is akin to believing that the Earth is Secretly Run by Alien Lizard People….

I sit here daily and wag my head at the Democrats ability to obfuscate justice in their unnerving support for the first gay president.

The world is learning about the corruption of the IRS in targeting conservative groups, including various Tea Party organizations, for heightened scrutiny. But the corruption goes much deeper than harassing groups seeking first time non-profit designations, into actively sabotaging existing non-profit groups by releasing confidential information.

In March of 2012 the Human Rights Campaign published a confidential tax return of the National Organization for Marriage, which was immediately republished byThe Huffington Post and other liberal news media outlets. The HRC and NOM are the leading national groups on opposing sides of the fight over gay marriage. HRC wants to redefine marriage to make it genderless, while NOM wishes to preserve marriage as the union of one man and one woman.

My organization was not the only conservative-linked political group or business that appears to have faced shady actions from IRS employees. ProPublica reported this week that the IRS handed over to them confidential documents of nine conservative organizations whose applications for non-profit status were still pending. Among them: Crossroads GPS, a key group backing Mitt Romney’s presidential campaign.

…the IRS appears to have illegally given them exactly what they were looking for. The tax return released by the HRC contained the names and addresses of dozens of major donors to NOM. And there’s little doubt where the documents came from. The tax returns contained internal coding added by the IRS after the returns were originally submitted.

For the IRS to leak any organization’s tax return to its political opponents is an outrageous breach of ethics and, if proven, constitutes a felony. Every organization — liberal and conservative — should shudder at the idea of the IRS playing politics with its confidential tax return information. But the situation here is even more egregious because the head of the HRC was at the time serving as a national co-chair of President Obama’s re-election campaign.

The release of NOM’s confidential tax return to the Human Rights Campaign is the canary in the coal mine of IRS corruption. Contrary to assertions that the targeting of Tea Party groups was an error in judgment by low-level IRS bureaucrats, the release of NOM’s confidential data to a group headed by an Obama campaign co-chair suggests the possibility of complicity at the highest levels of politics and government. This wasn’t a low-level error in judgment; it was a conscious act to reward a prominent Obama supporter while punishing an opponent…