As Dembski points out, Hitchens hitches much of his atheistic wagon to Darwinism (the creation myth of atheistic materialism, which is dissolving rapidly in the universal acid* of genuine scientific rigor).

Consider computer code like mine that simulates human intelligence in the game of checkers.

It is approximately 65,000 lines of highly optimized and refined computer code in the C/C++ language. (This does not include several tens of thousands of additional lines of code that compute, compress, store, and provide real-time execution access and decompression to the endgame databases.)

Introduce random errors into that code and some of its functions will be disabled (or, the program will die upon conception when compiled and executed). Try to improve the same program by the introduction of random errors and there is no chance of success, even given an infinite amount of time, since random degradation will always outrun any possible random improvement.

As it turns out, virtually all examples of the creative powers of Darwinian evolution (random variation/errors and natural selection) rest either on the mixing and matching of existing information, or what Michael Behe refers to as trench warfare (destroying information for a temporary advantage in a pathological environment, such as a bacterium in the presence of an antibiotic) as opposed to an arms race.

The bottom line is that the infinitely creative, information-producing powers of the Darwinian mechanism are nonexistent, and only exist in the infinitely creative imaginations of Darwinists, who have an infinite capacity for spinning fanciful stories that are completely out of contact with modern scientific evidence and reasoning. 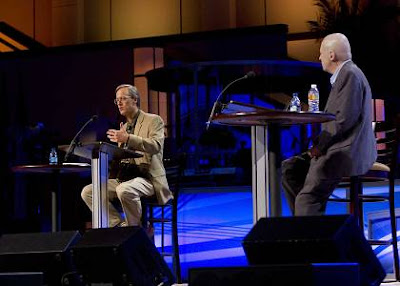