I am importing this from my old blog as well as updating the information herein based on information received by my youngest son from a teacher at his high school. This isn’t a “dig” directed at the teacher, rather, this is a good opportunity to deal with just a small aspect of things believed to be true when they are in fact, not. Something that afflicts us all! I also deal with a myth regarding plastics at a post correcting some information used by a local pastor in regards to the “great garbage patch/island” floating in the ocean. A fun adventure into other eco-myths.

Science, not politics, should drive California regs on BPA

…world regulators are in agreement: BPA is safe when used as regulated. The U.S. Food and Drug Administration, European Food Safety Authority, Health Canada and the World Health Organization have found that people excrete any BPA molecules that migrate into food from the cans. BPA does not stay in the body and cause harm.

Despite this global consensus, a California committee claimed that BPA could cause reproductive harms and should come with warnings. FDA’s chief science officer, Dr. Luciana Borio, took the unusual step of urging California not to do so. Borio said that the FDA released in December “an extensive, rigorous and systematic four-year assessment” of BPA that concluded that science does “not support BPA as a reproductive toxicant.”

Warnings of false risks, whether about GMOs, BPA or other products, can be as harmful as failing to warn of actual risks. It is not better to be safe than sorry. The purpose of requiring warnings is to help people make smart choices. If products contain warnings of risks that are not real, people may make decisions against their best interests.

Why scare people into avoiding products that provide important benefits? For example, if companies forgo BPA, they may have to sell products with higher health risks or use chemicals that are not proven, less well-known or more costly…. 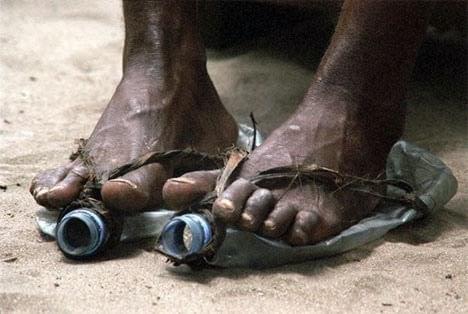 I have worked at Whole Foods long enough to hear many of the “health myths” that typically float through the customer base there. One of these myths about health and product is found in the scare about plastic water bottles. It started in an email referencing a masters thesis by a student at the University of Idaho. Skeptoid writes this about the study:

Most famously, a 2001 study by the University of Idaho found that reuse of plastic water bottles does release risky levels of diethylhexyl adipate (DEHA) into the water, which is potentially carcinogenic. This study was widely reported by the popular media and largely touched off the chain emails and most of the current perceived controversy. But is it true? No. Such a paper was written, but it was not a formal study. It was, in fact, merely the master’s thesis of one student. It was not subjected to any peer review, and cannot accurately be characterized as a study performed by the university. It does not represent any position held by the University of Idaho. And unfortunately, it was not well performed research. DEHA is not classified by the FDA as a carcinogen, but more importantly, DEHA is not used in the type of plastic water bottles that the student evaluated. But it is used in many other plastics, and is present in a lab setting. “For this reason”, concluded the International Bottled Water Association (which is, granted, not a very objective source), “the student’s detection is likely to have been the result of inadvertent lab contamination.” The FDA requires a higher level of scrutiny than that applied by the student writing his paper. DEHA is actually approved for food contact applications, but the fact that it’s not present in the type of plastic that was studied, discredits the entire paper.

The media, according to Snopes, ran with the story even though there was no peer reviews of the students work. They have this part of the myth as false. Another worth-while article to read is on my Carol Rees Parrish, R.D., M.S., entitled, “Bottled Water Myths: Separating Fact from Fiction.” In it it is pointed out that,

Based on the evidence available to date, it appears the true health risks (if any) related to drinking commercially manufactured bottled water or water in refillable plastic bottles may or may not come from the plastic itself. Further study is warranted to determine if poly carbonate plastics can cause harm to humans. Consumers should focus more on the quality of the drinking water, particularly from a microbe perspective as this point is indisputable, rather than chemicals leaching from the container.

One of the organizations implicated as supporting the health risks by bottled water release this statement in their Public Health News Center bulletin:

In the section entitled “Q&A: Bisphenol A and Plastics,” from the John Hopkins website, this nugget is found in a sea on useful information:

Most single-use water bottles sold in the United States are made from BPA-free plastic, but some reusable containers are made from plastic containing BPA. Given a choice, a product absent of BPA should be considered. It is a good idea to bring water with you for long car trips and activities like sports and hiking. Since these water supplies are likely to be in hot vehicles and in the hot sun, BPA-free containers should be considered. Remember to clean reusable bottles between uses and let them dry upside down so they are ready the next time you need them.

And the Sydney Kimmel Comprehensive Cancer Center links the above pages as responses to the supposed publishing of studies by John Hopkins supporting these claims. The only problem is that they have not published such papers: “Another hoax email that has been circulating since 2004 regarding plastic containers, bottles, wrap claiming that heat releases dioxins which cause cancer also was not published by Johns Hopkins” (source). Like many other areas in life, on needs to find out “where the beef is” in regards to separating myth from fact. A good 4-and-a-half minute video that deals with many aspects of this myth is dealt with by Dr. Joe Schwarcz, author of Brain Fuel: 199 Mind-Expanding Inquiries into the Science of Everyday Life:

Even author of Bottlemania: How Water Went on Sale and Why We Bought It, Elizabeth Royte, mentioned in an interview that this is a myth of grand proportions. (You can hear this interview dated 1-22-09 on the Dennis Prager show.) There are much better reasons to stop using water bottles than hocus-pocus… in the interview she even seemingly convinced Dennis of this. Again, the folks at Johns Hopkins sat down with Dr. Rolf Haden, assistant professor at Department of Environmental Health Sciences and the Center for Water and Health at the Johns Hopkins Bloomberg School of Public Health, who dispelled the myth saying, “This is an urban legend. There are no dioxins in plastics. In addition, freezing actually works against the release of chemicals.” The main reason one would not want to reuse water bottles is that bacteria will grow in the hard to wash bottles, if you do reuse them a time or two, vinegar or baking soda would be recommended.

Another article bullet points some “healthy” information for the consumer of urban legends to consider:

✦ Bottled water regulation is at least as stringent as tap water regulation. Under federal law the Food and Drug Administration (FDA) must pass bottled water regulations that are “no less stringent” than Environmental Protection Agency (EPA) regulations. The law does not allow the FDA to set standards that produce a lower quality product. As a result, FDA regulations mirror EPA regulations very closely and are more stringent in some respects because FDA applies additional food, packaging, and labeling regulations.
✦ Bottled water is substantially different from tap. About 75 percent of bottled water is from sources other than municipal systems such as springs or underground sources. Much of the bottled municipal water undergoes additional purification treatments to produce a higher quality product that must meet FDA bottled water quality standards, packaging, and labeling mandates. In terms of safety, tap water has more documented health-related case reports compared to bottled water. The Centers for Disease Control and Prevention recommends bottled water for individuals with compromised immune systems to reduce the risks associated with tap water.
✦ Bottled water containers are a tiny fraction of the solid waste stream. Many people have turned to bottled water to replace other portable drinks containing sugar and calories, producing little increase in total waste. In any case, single-serving plastic water bottles amount to just 0.3 percent of the nation’s solid waste. Bottles used in water coolers are recycled at high rates and have even less impact on landfill waste. Taxing and banning either type of container will not matter much in terms of overall waste.
✦ Plastic bottles are safe for consumers. The chemicals which environmental activists suggest are a problem are not even used in the PET plastic used for single-serving water bottles. Bisphenol A, a chemical found in large five-gallon water cooler jugs and other food containers exists at such low trace levels that there have been no reported health problems and the FDA, along with several scientific organizations around the world, have not found any problem with this substance.