TOWNHALL brings us the anti-Israel beef the Leftist media has:

Mainstream media is at it again, promulgating fake news.

These articles carry inflammatory titles. But the story doesn’t match the headlines.

Fox News explained that at least 3 were killed because they were armed terrorists who were stopped before they detonated a bomb.

A protestor is defined in the English language as “someone who shows that they disagree with something by standing somewhere, shouting, carrying signs, etc.,” according to the Cambridge Dictionary. Violent is defined as “using or involving force to hurt or attack:” So why is the CNN headline conveying that Palestinians are being shot at while just shouting or carrying signs, when in fact the story is that Israel is responding to force and attacks? Why is CNN not calling them violent, but is instead attempting to insinuate peaceful action? Israel, the center of ceaseless critique when engaging in careful defense of its citizens (which include Muslims, Christians, and Jews), surely doesn’t care to fire on someone who is just yelling.

The media’s biased reporting on Israel is nothing new. It has been a staple of liberal media reporting. Anti-Israel bias is also rampant amongst Democrat politicians. Even some liberals cannot understand it, calling it a double-standard. Howard Kurtz uses some very appropriate terminology when he discusses the media’s double-standard on Trump reporting in his new book Media Madness, calling the media’s biased reporting a “decimation of original reporting.” “The lines between news and opinion were not just blurred, they were all but obliterated,” Kurtz writes. That exact bias is all too familiar in the reporting of Israeli defense against Palestinian violence. Just as mainstream media has been irresponsibly spreading fake news about Trump, so too have they been spreading lies about Israel – vilifying Israel and victimizing Palestinian aggression.

If you would like unbiased insight into the Israeli-Palestinian conflict, I suggest you read analysis by self-proclaimed left-wing Arab, Fred Maroun.

But until the media stops with the fake news, take heed what you read. 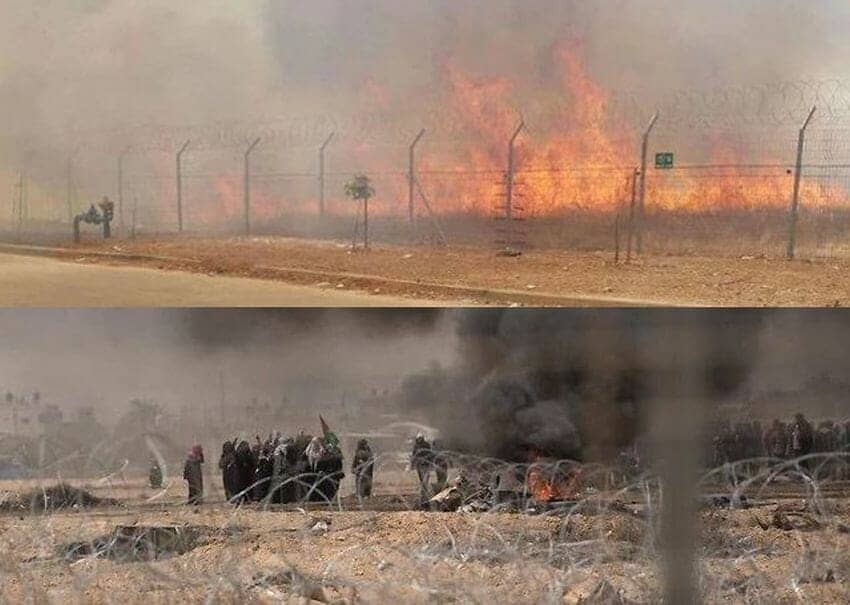