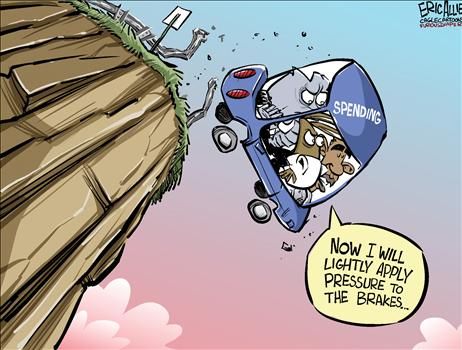 Quiet, Everyone — Thomas Sowell is Speaking

And, as usual, he’s flawlessly summarizing the state of the nation with nothing more than a few concise paragraphs:

This election is a test, not just of the opposing candidates but of the voting public. If what they want are the hard facts about where the country is, and where it is heading, they cannot vote for more of the same for the next four years.

But, if what they want is emotionally satisfying rhetoric and a promise to give them something for nothing, to be paid for by taxing somebody else, then Obama is their man. This is not to say that the public will in fact get something for nothing or that rich people will just pay higher taxes, when it is easy for them to escape taxation by investing overseas — creating jobs overseas.

Even if most Americans do not have their own taxes raised, that means little, if they end up paying other people’s taxes in the higher prices of goods and services that pass along the higher taxes imposed on businesses.

There are no doubt voters who will vote on the basis of believing that Obama “cares” more about them. But that is a faith which passeth all understanding. The political mirage of something for nothing, from leaders who “care,” has ruined many a nation.