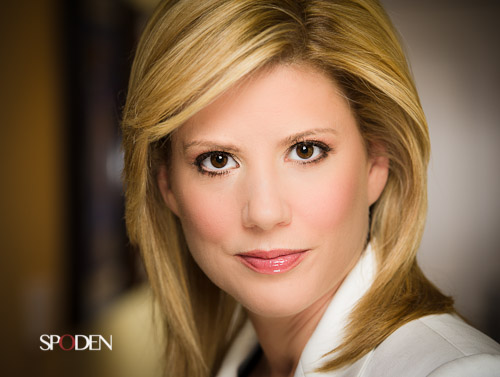 Below, you will hear Kirsten Powers speak to the fact that she was a reluctant convert, almost brought into the faith kicking and screaming the whole way. C.S. Lewis speaks about this reluctant conversion as well:

…Lewis himself was converted “kicking and screaming” (Surprised 229). Some of the pain came because in fixing his faith on God, Lewis also discovered “ludicrous and terrible things about [his] own character” including immense pride (qtd. in Green 105). One of the pains associated with conversion involved the realization that he must repent and change. In another book, Lewis explained why he thought pain is necessary in conversion. He proposes, God [will force a Christian] to a higher level: putting him into situations where he will have to be very much braver, or more patient, or more loving, than he ever dreamed of being before. It seems to us all unnecessary: but that is because we have not yet had the slightest notion of the tremendous thing He means to make of us. (Mere 176) Suffering, for Lewis, can make a saint.

Lewis also conveys the agonies of conversion in his fiction, many times in more detail and intensity. Lewis the character feels the pains of not being prepared for Heaven as his Ghost-body is tortured by even walking on the solid, real grass. In the Dwarf episode, this pain is primarily an emotional one and results from his own twisted concept of love and the desire to solicit pity from Sarah. His pain illustrates that much of the pain we suffer is self-inflicted. Sarah tells Frank that in his attempt to use pity to “blackmail” others: “You made yourself really wretched” (Divorce 115-16). The Dwarf, through his selfishness, caused the problems that Sarah was sent to help him overcome. The pain of conversion comes from the healing of these problems…

Read More: The “Reluctant Convert” in Surprised by Joy and The Great Divorce

(H/T Breitbart) This was a fascinating read from Christianity Today… and highlights the roll of apologetics in a skeptics life:

From my early 20s on, I would waver between atheism and agnosticism, never coming close to considering that God could be real.

After college I worked as an appointee in the Clinton administration from 1992 to 1998. The White House surrounded me with intellectual people who, if they had any deep faith in God, never expressed it. Later, when I moved to New York, where I worked in Democratic politics, my world became aggressively secular. Everyone I knew was politically left-leaning, and my group of friends was overwhelmingly atheist.

To the extent that I encountered Christians, it was in the news cycle. And inevitably they were saying something about gay people or feminists. I didn’t feel I was missing much.

Speaking of going to Tim Keller‘s church with her Christian boyfriend, Miss Powers said this:

But then the pastor preached. I was fascinated. I had never heard a pastor talk about the things he did. Tim Keller’s sermon was intellectually rigorous, weaving in art and history and philosophy. I decided to come back to hear him again. Soon, hearing Keller speak on Sunday became the highlight of my week. I thought of it as just an interesting lecture—not really church. I just tolerated the rest of it in order to hear him. Any person who is familiar with Keller’s preaching knows that he usually brings Jesus in at the end of the sermon to tie his points together. For the first few months, I left feeling frustrated: Why did he have to ruin a perfectly good talk with this Jesus nonsense?

Each week, Keller made the case for Christianity. He also made the case against atheism and agnosticism. He expertly exposed the intellectual weaknesses of a purely secular worldview. I came to realize that even if Christianity wasn’t the real thing, neither was atheism.

I began to read the Bible. My boyfriend would pray with me for God to reveal himself to me. After about eight months of going to hear Keller, I concluded that the weight of evidence was on the side of Christianity. But I didn’t feel any connection to God, and frankly, I was fine with that. I continued to think that people who talked of hearing from God or experiencing God were either delusional or lying. In my most generous moments, I allowed that they were just imagining things that made them feel good.

Then one night on a trip to Taiwan, I woke up in what felt like a strange cross between a dream and reality. Jesus came to me and said, “Here I am.” It felt so real. I didn’t know what to make of it. I called my boyfriend, but before I had time to tell him about it, he told me he had been praying the night before and felt we were supposed to break up. So we did. Honestly, while I was upset, I was more traumatized by Jesus visiting me.

I tried to write off the experience as misfiring synapses, but I couldn’t shake it. When I returned to New York a few days later, I was lost. I suddenly felt God everywhere and it was terrifying. More important, it was unwelcome. It felt like an invasion. I started to fear I was going crazy.

I didn’t know what to do, so I spoke with writer Eric Metaxas, whom I had met through my boyfriend and who had talked with me quite a bit about God. “You need to be in a Bible study,” he said. “And Kathy Keller’s Bible study is the one you need to be in.” I didn’t like the sound of that, but I was desperate. My whole world was imploding. How was I going to tell my family or friends about what had happened? Nobody would understand. I didn’t understand. (It says a lot about the family in which I grew up that one of my most pressing concerns was that Christians would try to turn me into a Republican.)

I remember walking into the Bible study. I had a knot in my stomach. In my mind, only weirdoes and zealots went to Bible studies. I don’t remember what was said that day. All I know is that when I left, everything had changed. I’ll never forget standing outside that apartment on the Upper East Side and saying to myself, “It’s true. It’s completely true.”

I wish to mention that while apologetics played a roll in a person like Kirsten to come to the foot of the cross, ultimately, the Holy Spirit brings us to the point of KNOWING the truth of Christianity beyond mere probabilities:

…fundamentally, the way we know Christianity to be true is by the self-authenticating witness of God’s Holy Spirit. Now what do I mean by that? I mean that the experience of the Holy Spirit is veridical and unmistakable (though not necessarily irresistible or indubitable) for him who has it; that such a person does not need supplementary arguments or evidence in order to know and to know with confidence that he is in fact experiencing the Spirit of God; that such experience does not function in this case as a premise in any argument from religious experience to God, but rather is the immediate experiencing of God himself; that in certain contexts the experience of the Holy Spirit will imply the apprehension of certain truths of the Christian religion, such as “God exists,” “I am condemned by God,” “I am reconciled to God,” “Christ lives in me,” and so forth; that such an experience Provides one not only with a subjective assurance of Christianity’s truth, but with objective knowledge of that truth; and that arguments and evidence incompatible with that truth are overwhelmed by the experience of the Holy Spirit for him who attends fully to it.