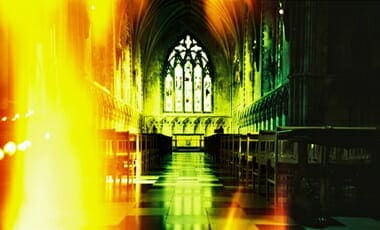 This is from a larger debate between Ken Samples and Fr. Mitch Pacwa . I think this intro does it’s due diligence in explaining many of the false views I have heard from people as of late. In other words, one should not define Protestants as believing Sola Scriptura wrongly, and then responding to this false view.

The below is from an excellent book by William Webster:

The Documents of Vatican II

The Question and Answer Catholic Catechism

59. Where do we find the truths revealed by God?

We find the truths revealed by God in Sacred Scripture and Sacred Tradition.

60. How does Sacred Scripture compare with Sacred Tradition?

89. Why is Sacred Tradition of equal authority with the Bible?

The Bible and Sacred Tradition are of equal authority because they are equally the word of God; both derive from the inspired vision of the ancient prophets, and especially from the infinite wisdom of God incarnate who gave to the apostles what he came down on earth to teach, through them, to all of mankind.[3]

TRADITION AND THE WORD OF GOD – SUMMARY OF NEW TESTAMENT TEACHING

Mark’s Gospel records an incident in which certain Sad-ducees came to Jesus to question him. The Sadducees were the religious liberals of Jesus’ day and they rejected many of the teachings espoused by the more orthodox sect of the Pharisees. They did not believe in angels or in the resurrec­tion of the dead. A number of these men came to Jesus to ask him a trick question about life after death. Jesus demolished their trick question but went on to say this:

Is this not the reason you are mistaken, that you do not understand the Scriptures, or the power of God?… But regarding the fact that the dead rise again, have you not read in the book of Moses, in the passage about the burning bush, how God spoke to him, saying, ‘I am the God of Abraham, and the God of Isaac, and the God of Jacob’? He is not the God of the dead, but of the living; you are greatly mistaken (Mk. 12:24,25-27 NASB 1963).

Twice in this passage Christ tells these men they are greatly mistaken in their views. The reason is that they do not understand the Scriptures. He appeals to those Scriptures to correct the false concepts these men held. He points to the Word of God as an authoritative standard by which to judge truth and error. These men are greatly mistaken because the views they hold and the doctrines they teach contradict the Word of God.

Here you have two opposing views of truth. One says there is no resurrection from the dead, the other says there is. How do you determine which is true? You go to the Word of God. The Lord Jesus Christ is the Son of God. He is God in human flesh and therefore whatever he teaches is absolute truth. And according to him the Word of God is the final and authoritative standard by which all claims to truth are to be judged.

Sacred Tradition is the unwritten word of God that the prophets and apostles received through the inspiration of the Holy Spirit and, under His guidance, the Church has handed on to the Christian world.[4]

Jesus Christ had some interesting things to say about tradition:

Then some Pharisees and scribes came to Jesus from Jerusalem, saying, ‘Why do Your disciples transgress the tradition of the elders? For they do not wash their hands when they eat bread.’ And He answered and said to them, `And why do you yourselves transgress the commandment of God for the sake of your tradition? For God said, “Honor your father and mother”… But you say, “Whoever shall say to his father or mother, ‘Anything of mine you might have been helped by has been given to God,’ he is not to honor his father or his mother.” And thus you invalidated the word of God for the sake of your tradition. You hypocrites, rightly did Isaiah prophesy of you, saying, “This people honors Me with their lips, but their heart is far away from Me. But in vain do they worship Me, teaching as doctrines the precepts of men”‘ (Matt. 15:1-9).

In a parallel passage in Mark 7:5-13 much of the same teaching by Jesus is recorded. The Pharisees ask why the disciples do not walk according to the tradition of the elders. In response Jesus denounces the scribes and Pharisees and their observance of tradition which is in violation of the Word of God. In effect they have elevated the teachings of men above the Scriptures. The following sums up Jesus’ evaluation:

There is one obvious and definitive test which we can apply to all teaching and tradition to determine if it is true. That test is this: if the tradition or the teaching, even though it arises from the interpretation of a passage of Scripture, contradicts the clear teaching of another portion of Script­ure, then that particular tradition or teaching is incorrect, for Scripture never contradicts Scripture.

The Word of God alone is our final authority, never tradition. We are told in 2 Timothy 3:16,17 that ‘All Scripture is inspired by God and profitable for teaching, for reproof, for correction, for training in righteousness; that the man of God may be adequate, equipped for every good work.’ All Scripture is inspired and is therefore authoritat­ive. And because it is inspired, that is, because it is the Word of a self-consistent God, it will never contradict itself.

Consequently, we can judge whether or not a particular teaching or tradition is true by comparing it to the Word of God. If it is consistent with the Word of God, then we can accept it as truth. However, if it clearly contradicts the teaching of the Bible or makes the Word of God contradict itself, then we know that it is error, and is to be rejected. Otherwise we shall fall into the same condemnation which Jesus uttered against the Pharisees.

One question this whole issue brings up is this: can the true church of God fall into error? The answer to that question, based upon the history of God’s people in the Bible is ‘yes’. It is possible for the church leadership to fall into error and be led astray from the truth. For example, the apostle Peter was publicly rebuked by Paul for the hypocrisy of which he was guilty (Gal. 2:11-14).

On an earlier occasion the apostle Peter was rebuked by Christ because he tried to hinder the Lord from going to the cross. ‘But He turned and said to Peter, “Get behind Me, Satan! You are a stumbling-block to Me; for you are not setting your mind on God’s interests, but man’s”‘ (Matt. 16:23). The Lord Jesus actually addressed Peter as Satan, for Satan was using Peter to try to divert him from the will of God. This all transpired after Peter had been told that he was to be given the keys of the kingdom of heaven (Matt. 16:18-19).

Of course, the example of God’s chosen people, the Jews, during the time of the Lord Jesus himself, shows us clearly that it is possible for the church’s leadership to be deceived. Jesus’ words about tradition were spoken against the scribes and Pharisees, the religious leadership of God’s chosen people and the true church of that day. They had fallen into error and had become so blind that they failed to recognise

Jesus as the Messiah. They fell into the error of misinterpret­ing the Word of God and of elevating tradition and the teachings of the elders to a level equal in authority to the Scriptures, even though those teachings contradicted the Word of God. In addition to this Jesus claimed that the religious leadership of his day, because of their adherence to tradition and misinterpretation of Scripture, were actually responsible for hindering people from entering the kingdom of God: Woe to you lawyers! For you have taken away the key of knowledge; you did not enter in yourselves, and those who were entering in you hindered’ (Lk. 11:52). ‘But woe to you, scribes and Pharisees, hypocrites, because you shut off the kingdom of heaven from men; for you do not enter in yourselves, nor do you allow those who are entering to go in’ (Matt. 23:13). If this was true of the religious leadership of God’s chosen people in the day of Jesus Christ, there is absolutely no guarantee that a church leadership will not fall into error and mislead people.

Were the Pharisees and scribes of Jesus’ day intentionally trying to deceive people? Not necessarily! Many of them were doing what they sincerely felt was right. But they were wrong and consequently they were deceiving people and leading them astray. Sincerity is no guarantee against error. A man can be sincerely wrong. In the final analysis, as Christ taught, the Word of God is the final authority for determin­ing what is truth and what is error. Any teaching which contradicts the Word of God must be rejected: ‘To the law and to the testimony: if they speak not according to this word, it is because there is no light in them’ (Is. 8:20, A.V.).

Luke records that when Paul came to Berea, and preached the gospel in the local Jewish synagogue, the Bereans ‘were more noble-minded than those in Thessalonica, for they received the word with great eagerness, examining the Scriptures daily, to see whether these things were so’ (Acts 17:11). The Bereans compared Paul’s doctrines with the Word of God to see if his teachings were consistent with the teachings of the Word of God. Only then would they accept the gospel he was preaching. They knew that any teaching that truly originates from God would not contradict what he had already revealed in his Word.

It is in this spirit that we shall examine the teachings of the Roman Catholic Church….