A very interesting story over at Libertarian Republican:

Venezuela now following in the footsteps of the old Soviet Union

France 24 is reporting that the police in Venezuela have busted an illegal warehouse, containing more than 2,000 rolls of black market toilet paper, and also literally hundreds of diapers.

With flour, sugar, cooking oil and all kinds of paper products in desperate short supply, the socialist government of Venezuela, is doing everything it can to minimize the human cost, including price controls, rationing, takeover of business, and now focusing the police and military on black markets. 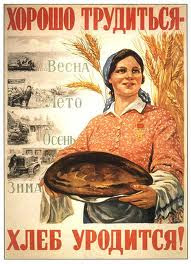 Across the country, middle class people and not just the poor wait for hours in line to buy precious commodities, often having to roam from one store to another when they discover that the store where they had been standing in line has run out. The regime accuses its political opponents of hoarding, and blames greed, capitalism, the Jews, and the United States for the slow collapse of the economy.

All this is as predictable as it is pathetic. But, it does remind us of some nearly forgotten jokes from the days of the former Soviet Union….