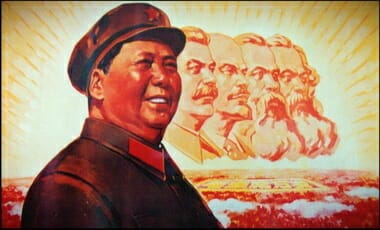 After posting the following, GATEWAY PUNDIT asks: “Has anyone on the left ever read a single history book?”

The end has come for a popular Grand Rapids restaurant known as much for its creative vegan dishes as its progressive business model.

For much of its five-year existence, the eatery went by the moniker Bartertown Diner, until it was rebranded in September to The Garden Diner and Cafe.

The offbeat 30-seat eatery announced this month that its last day would be Wednesday, Nov. 30.

After a strong summer, the restaurant with about a dozen employees had struggled in recent months, said Thad Cummings. He took it over in March with Crystal Lecoy, who left two months later.

“I was an original investor in it,” Cummings said. “I wanted to push it to see if the model could be done.”…

Bartertown’s initial menu was described in a 2011 MLive review as an “imaginative” array of veggie, vegan and raw dishes that came with names like Dirty Dirty Beans & Greens and Raw Trash salad…

Employees would be expected to join the union, Industrial Workers of the World, he said.

In the end, the restaurant failed to achieve the employee business model it envisioned.