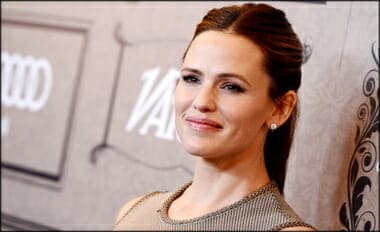 May I say, not only is the movie about a miracle, but the miracle continued on in Jennifer Garner’s life and kids life. I just hope it is a church that can guard their walk in their faith by teaching them the completeness of God’s Word and our worldview.

Raising one’s self-consciousness [awareness] about worldviews is an essential part of intellectual maturity…. The right eyeglasses can put the world into clearer focus, and the correct worldview can function in much the same way. When someone looks at the world from the perspective of the wrong worldview, the world won’t make much sense to him. Or what he thinks makes sense will, in fact, be wrong in important respects. Putting on the right conceptual scheme, that is, viewing the world through the correct worldview, can have important repercussions for the rest of the person’s understanding of events and ideas…. Instead of thinking of Christianity as a collection of theological bits and pieces to be believed or debated, we should approach our faith as a conceptual system, as a total world-and-life view.

THAT BEING SAID, if that is T.D. Jakes sitting next to her (in the below video)… and that is the church she is going to… well, good luck. There are some well founded concerns about his teachings — to say the least.

This comes by way of NewsBusters:

….During a Q&A, Garner admitted that Los Angeles, her current home, is a difficult place to openly discuss faith.

“[Faith] has become very political,” she said. “If you’re a person of faith, you are so on the outside, that there’s no way to bridge to somebody that’s ‘normal.’”

But, she stressed, this movie was different: people would discuss faith on set constantly. Besides that, the film itself normalizes faith.

“[I]t’s a normal, wonderful family who happened to have leaned on their faith, to guide them through the hardest thing in their lives,” Garner pressed.

Those aspects of the film led her and her family back to church.

I will say that being around this community, and while I’ve always gone to church back home in West Virginia, when we got back to Los Angeles… I was talking to my kids about the movie and they said, ‘Mom, you don’t take us to church,’ and we went that Sunday, and we – they went today without me. I mean, they – that, that decision – and that was a direct gift from this movie and so, for that, I’m very grateful.

Garner wanted a part in the film as soon as she read Beam’s best-selling memoir, the movie’s inspiration.

“I stayed awake all night after reading Miracles from Heaven,” Garner told People magazine last year. “There was something about this family, this mother and daughter, and this telling of the story that I felt I just had to be a part of.” …