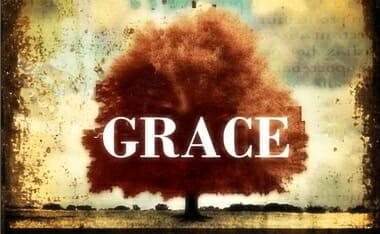 Updated with Wesley Hill’s position on same-sex marriage. He is a New Testament scholar who identifies as gay. As well as Dr. William Lane Craig’s treatment of the issue.

From Papa Giorgio on Vimeo

“Yet not I.” That is to say, not in mine own person, nor in mine own substance. Here he plainly showeth by what means he liveth; and he teacheth what true Christian righteousness is, namely, that righteousness whereby Christ liveth in us, and not that which is in our own person. And here Christ and my conscience must become one body, so that nothing remain in my sight but Christ crucified, and raised from the dead. But if I behold myself only, and set Christ aside, I am gone. For Christ being lost, there is no counsel nor succour, but certain desperation and destruction must follow.

The following story starts will quote first BREITBART, following it will be a portion of an article (and audio) from an NPR PIECE.

(BREITBART) National Public Radio aired a remarkable interview on Sunday’s Weekend Edition with Allan Edwards, a Presbyterian pastor who is gay, yet lives a heterosexual life. Torn between his sexuality and his faith, he chose his faith–without trying to “convert” his attraction to men, and without trying to change his religion to fit his personal preferences. The conversation between NPR’s Weekend Edition and Edwards–and his wife–sheds light on an often overlooked constituency in the debate over gay marriage.

Edwards explains that he began to realize he was attracted to men during his teenage years, at the same time he was active in his church youth movement. He realized immediately that there was a conflict between his sexuality and his faith, and tried to find a justification in the Bible for living a gay life as a Christian. He could not, he says–and so he chose to live a heterosexual life, in accordance with the teachings of his church. He does not deny his gay sexuality, but does not act on those feelings, he says.

In that way, Edwards says, he is no different than anyone else. Everyone, he says, experiences some kinds of forbidden desire, or a sense of discontentment with their lives, and they have to adjust their behavior to their values and goals. He and his wife have a sexual relationship, despite his attraction to men, and they are expecting their first child. He is reluctant to judge others, but when pressed by Montaigne, says that he believes those who try to adjust Christianity to accept same-sex marriage are “in error.”

He acknowledges that others might call his lifestyle one of suppression–one that is doomed to divorce or suicide. He disagrees, and says that his relationship with God comes before other parts of his identity, including his sexuality….

How did this young man come to find his identity within the Christian faith? Simple, if Jesus is who He claims to be, then he [pastor Edwards… and we/us] should believe what Jesus believes. Simple:

“I think we all have part of our desires that we choose not to act on, right?” he says. “So for me, it’s not just that the religion was important to me, but communion with a God who loves me, who accepts me right where I am.”

Where he is now is married. He and his wife, Leanne Edwards, are joyfully expecting a baby in July.

He didn’t understand how he could resolve his feelings, he says, and had little support from his friends. “I didn’t know anyone else who experienced same-sex attractions, so I didn’t talk about it much at all,” Allan says.

But at a small, Christian liberal arts college, he did start talking.

“My expectation was, if I started talking to other guys about this, I’m going to get ostracized and lambasted,” Allan says. “I actually had the exact opposite experience … I actually was received with a lot of love, grace, charity: some confusion, but openness to dialogue.”

Allan considered following a Christian denomination that accepts gay relationships, but his interpretation of the Bible wouldn’t allow it, he says.

“I studied different methods of reading the scripture and it all came down to this: Jesus accepts the rest of the scripture as divined from God,” he says. “So if Jesus is who he says he is, then we kind of have to believe what he believes.”

In other words, Christ’s claims and later His backing his claim with the Resurrection should make any one WANT to thank his/her creator by worshiping Him in obedience for the work done for each of us on Calvary. Pastor Edwards is building riches in his heavenly home in his obedience.

Wesley Hill, who is a scholar of New Testament studies and happens to be an openly gay Christian. He says the Bible makes it clear that marriage is between one man and one woman. And so, subjects himself to the will of the Lamb… not subjecting the Lamb to his will:

Now… I would be remiss to note as well that there are many people who once were gay, but through Christ’s redeeming power they no longer identify as homosexual. There is a play list of some testimony in this regard at Theology, Philosophy and Science’s YouTube Channel: Ex-Gay People.

The above testimonies and viewpoints add to a previous upload of mine a while back with three church leaders talking about this same-sex attraction but duty to God ~ and it is this duty to God that gives a new identity (a “new man” if you will):

The three men in the above interview (see below) have a powerful testimony to God working in their lives. They take Scripture serious and share their struggles openly and honestly in this interview by Justin Brierley of Premier Christian Radio for his show, “Unbelievable” (http://tinyurl.com/d2sgjrz). This interview and some other recent insights via Stand to Reason and Girls Just Wanna Have Guns, has me evolving and honing my apologetic on this more and more (See #4 of my cumulative case: http://tinyurl.com/acqhcfv).

This is the larger interview of which I isolated Sean Doherty’s portion here.

And Savi Hensman of the Lesbian and Gay Christian Movement and Anglican blogger Peter Ould debate the issues in the interview.

Here I am adding a video by First Things, and it is a short talk about a woman who is gay but has chosen to live towards truth. While I am not a Catholic, I am an admirer of people who sacrifice for the faith:

Gay and Catholic: Accepting My Sexuality, Finding Community, Living My Faith
— from First Things on Vimeo —

Eve Tushnet is a lesbian and celibate Catholic freelance writer. She studied philosophy at Yale University, where she was received into the Catholic Church in 1998. She writes from D.C., and has been published in (among others) Commonweal, First Things, The National Catholic Register, National Review, and The Washington Blade. Eve blogs at Patheos.com.

And one of the most important presentations delineating the issue of “can a Christian be a homosexual?” is by Dr. William Lane Craig (see also his article, “Christian Homosexuals?” & “A Christian Perspective on Homosexuality“). His other noteworthy videos are these:

Another pastor who grew up in the mix of the LGBT culture… and his in-depth knowledge of what is often “Messy Grace” in a fallen world.

The three men in the above interview (see below) have a powerful testimony to God working in their lives. They take Scripture serious and share their struggles openly and honestly in this interview by Justin Brierley of Premier Christian Radio for his show, “Unbelievable” (http://tinyurl.com/d2sgjrz). This interview and some other recent insights via Stand to Reason and Girls Just Wanna Have Guns, has me evolving and honing my apologetic on this more and more (See #4 of my cumulative case: http://tinyurl.com/acqhcfv).

This is the debate about the above interview… some great back-and-forth.

This is actually a debate about this interview (http://youtu.be/WJR9e8Xnj5s), in which three church leaders share their same-sex attraction and how they relate it to Scripture. These men understand the Bible in a conservative way, however, Savi Hensman of the Lesbian and Gay Christian Movement, sees another option. Countering her point of view is Anglican blogger Peter Ould (http://www.peter-ould.net/), who himself is “Post-Gay.”

For more great shows like these, visit Unbelievable’s site and listen in: http://tinyurl.com/d2sgjrz