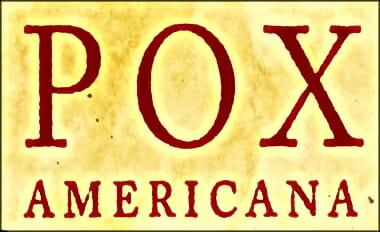 Usually treated as an isolated anomaly, the Fort Pitt episode itself points to the possibility that biological warfare was not as rare as it might seem. It is conceivable [e.g., makes for good suspense and is merely a guess with no historical proof], of course, that when Fort Pitt personnel gave infected articles to their Delaware visitors on June 24, 1763, they acted on some earlier communication from Amherst that does not survive today.8

[8] Such a communication might have been either written or oral in form. It is also possible that documents relating to such a plan were deliberately destroyed.

→ In other words, it’s anybody’s guess if this is real history OR an author’s guess.

Even the HISTORY CHANNEL at the worst says this of the “event”:

They continue with the “did it work” line of reasoning:

It’s also not clear whether or not the attempt at biological warfare had the intended effect. According to Fenn’s article, the Native Americans around Fort Pitt were “struck hard” by smallpox in the spring and summer of 1763. “We can’t be sure,” Kelton says. Around that time, “we know that smallpox was circulating in the area, but they [Native Americans] could have come down with the disease by other means.”

Historian Philip Ranlet of Hunter College and author of a 2000 article on the smallpox blanket incident in Pennsylvania History: A Journal of Mid-Atlantic Studies, also casts doubt. “There is no evidence that the scheme worked,” Ranlet says. “The infection on the blankets was apparently old, so no one could catch smallpox from the blankets. Besides, the Indians just had smallpox—the smallpox that reached Fort Pitt had come from Indians—and anyone susceptible to smallpox had already had it.”

The most important indication that the scheme was a bust, Ranlet says, “is that Trent would have bragged in his journal if the scheme had worked. He is silent as to what happened.”

Even if it didn’t work, British officers’ willingness to contemplate using smallpox against the Indians was a sign of their callousness. “Even for that time period, it violated civilized notions of war,” says Kelton, who notes that disease “kills indiscriminately—it would kill women and children, not just warriors.”

…Now, about these smallpox blankets.

During the Siege of Fort Pitt in 1763 — 13 years before American independence — Delaware and Shawnee Indians, aroused by Pontiac’s Rebellion, attacked Fort Pitt, which was near modern day Pittsburgh. Shortly after the siege began, British General Jeffrey Amherst wrote to Colonel Henry Bouquet, who was preparing to lead a party of troops to relieve the siege, “Could it not be contrived to Send the Small Pox among those Disaffected Tribes of Indians? We must, on this occasion, Use Every Stratagem in our power to Reduce them.” Bouquet agreed, but there is no evidence that he actually carried out the suggestion, and he indicated in a letter that he was afraid he could contract smallpox himself.

However, those besieged in the fort had already, of their own initiative, tried to infect the besiegers with smallpox and failed. During a parley, the fort’s leader, Captain Simeon Ecuyer, gave blankets and a handkerchief from a smallpox ward to two of the native American delegates, Turtleheart and Mamaltee. However, the effort evidently failed, because they came back for further talks a month later with no signs of disease, and smallpox normally shows signs within two weeks. Furthermore Turtleheart was one of the signatories in the Treaty of Fort Stanwix five years later. Modern historians believe that the blankets had been unused for too long, and any virus present on the blankets would have already died. It is also possible that the Delaware Indians who were given the blankets were immune through prior contact. Smallpox kills 30-35% of those who get it; those who survive are immune from then on.

One thing that is certain is that many native Americans had already contracted smallpox in the ordinary way, unintentionally though contacts with infected whites. There is no example of an outbreak in the Fort Pitt region following the siege. There is a documented outbreak elsewhere in the region among a different people, the Lenape, who had attacked a white settlement where smallpox was present.

And another post by Beyond Highbrow – Robert Lindsay has the common sense commentary about the incident:

…Although we do not know how the plan worked out, modern medicine suggests that it could not possibly have succeeded. Smallpox dies in several minutes outside of the human body. So obviously if those blankets had smallpox germs in them, they were dead smallpox germs. Dead smallpox germs don’t transmit smallpox.

In addition to the apparent scientific impossibility of disease transmission, there is no evidence that any Indians got sick from the blankets, not that they could have anyway. The two Delaware chiefs who personally received the blankets were in good health later. The smallpox epidemic that was sweeping the attacking Indians during this war started before the incident. The Indians themselves said that they were getting smallpox by attacking settler villages infected with smallpox and then bringing it back to their villages.

So, it’s certain that one British commander (British – not even an American, mind you), and not even the one usually accused, did give Indians what he mistakenly thought were smallpox-infected blankets in the course of a war that was genocidal on both sides.

Keep in mind that the men who did this were in their forts, cut off from all supplies and reinforcements, facing an army of genocidal Indians who were more numerous and better armed than they were, Indians who were given to killing all defenders whether they surrendered or not.

If a fort was overwhelmed, all Whites would be immediately killed, except for a few who were taken prisoner by the Indians so they could take them back to the Indian villages to have some fun with them. The fun consisted of slowly torturing the men to death over a 1-2 day period while the women and children watched, laughed and mocked the helpless captives.  So, these guys were facing, if not certain death, something pretty close to that.

And no one knows if any Indians at all died from the smallpox blankets (and modern science apparently says no one could have died anyway). I say the plan probably didn’t even work and almost certainly didn’t kill any of the targeted Indians, much less 50% of them. Yes, the myth says that Amherst’s germ warfare blankets killed 50% of the attacking Indians!

Another example of a big fat myth/legend/historical incident, that, once you cut it open – well, there’s nothing much there…