…Ultimately, terrorism is but a tactic in a larger war of ideas. We must all be prepared with reasons and arguments to defend beliefs such as American patriotism. The continuation of the “America mistreats Muslims” meme creates and bolsters the rationales motivating this violence around the world. These terror radicals are not crazy. These radicals have been taught and nurtured by our own self-deprecating intellectual communities as to the legitimate self-loathing Americans should feel for their “arrogance,” “pride,” “narrow-mindedness,” and “callous feelings” toward the international body politic. This intellectual indictment is painfully false and misdirected at humanity’s great heroes and nurturers rather than humanity’s murdering thugs. The pundits who pander to these deadly radicals in the misguided view of “helping Muslims” are hurting us all — the entire human family. 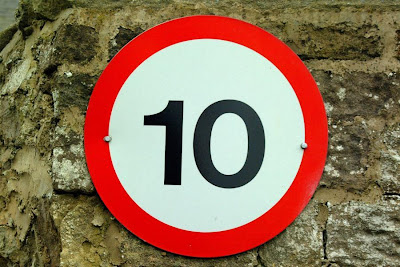 http://secularstupidest.com Herman Cain lead a Q&A session at the Douglas County Tea Party when a young woman asked him about the attack by the Left on our Judeo-Christian heritage in America…He addressed her question, then went to the last question of the night, and the crowd was not expecting what happened next…

Oh, say, can you see, by the dawn’s early light,
What so proudly we hail’d at the twilight’s last gleaming?
Whose broad stripes and bright stars, thro’ the perilous fight,
O’er the ramparts we watch’d, were so gallantly streaming?
And the rockets’ red glare, the bombs bursting in air,
Gave proof thro’ the night that our flag was still there.
O say, does that star-spangled banner yet wave
O’er the land of the free and the home of the brave?

On the shore dimly seen thro’ the mists of the deep,
Where the foe’s haughty host in dread silence reposes,
What is that which the breeze, o’er the towering steep,
As it fitfully blows, half conceals, half discloses?
Now it catches the gleam of the morning’s first beam,
In full glory reflected, now shines on the stream:
‘Tis the star-spangled banner: O, long may it wave
O’er the land of the free and the home of the brave!

And where is that band who so vauntingly swore
That the havoc of war and the battle’s confusion
A home and a country should leave us no more?
Their blood has wash’d out their foul footsteps’ pollution.
No refuge could save the hireling and slave
From the terror of flight or the gloom of the grave:
And the star-spangled banner in triumph doth wave
O’er the land of the free and the home of the brave.

O, thus be it ever when freemen shall stand,
Between their lov’d homes and the war’s desolation;
Blest with vict’ry and peace, may the heav’n-rescued land
Praise the Pow’r that hath made and preserv’d us a nation!
Then conquer we must, when our cause is just,
And this be our motto: “In God is our trust”
And the star-spangled banner in triumph shall wave
O’er the land of the free and the home of the brave!