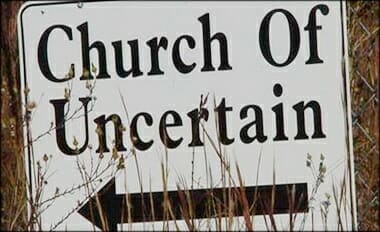 I find it telling that when I debate/discuss the issue of the Mosque at Ground-Zero, almost no one from the progressive left knows about the city of New York not allowing a Christian Orthodox Church that was damaged in 9/11 to be rebuilt. Creeping Sharia posts this video of the matter for those who do not know:

In my many debates on the topic, the almost feverish support for the building of a mosque that didn’t exist prior to 9/11 was defended in exclusion to the preexisting rebuilding of a church. In other words: Christianity bad, and now the apparently tax-payer funded Islamic mosque, good.

A request made all the more outrageous by the fact that Rauf & Co. have shown themselves to be some of the most startlingly incompetent managers of money and property in recent memory:

In late August, we found out that the mosque developers were tax deadbeats to the tune of $224,000. In an application for tax-exempt status, Rauf claimed to operate a mosque that could hold 500 people, but in reality was an apartment that could not hold so many worshipers if they were crammed in like clowns in a Volkswagen. Rauf has filed a false tax return. He is a slumlord — the worst in Union City, New Jersey.

Meanwhile, the thug Sharif el-Gamal has been sued for an unpaid loan, and faced eviction from his SoHo office over $39,000 in back rent. He was found to owe $21,000 in fines on a property with 13 violations. And there are other unanswered questions.

And now they want more money — your money. The sense of entitlement that pervades the entire Ground Zero mosque project never ceases to amaze, as unsurprising as it is given the triumphalist agenda that drives it.