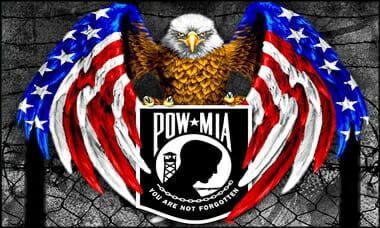 On May 24, 1973, President and First Lady Nixon hosted American Prisoners of War held captive in Vietnam for the largest dinner ever held at the White House. 40 years later, the Richard Nixon Foundation hosted what was perhaps their last reunion gathering. The following is a collection of television and print news coverage.

…Many who attended the dinner in 1973 believe that, although it had many memorable moments, the one that topped them all was the performance by thirty-five POWs of a ten-line hymn, composed nearly four long years before their release, which expressed their undying love of country in their time of bondage:

Oh God, to Thee we raise this prayer and sing,

From within these foreign prison walls,

We’re men who wear the gold and silver wings

and proudly heed our nation’s call.

Give us strength to withstand all the harm,

That the hand of our enemy captors can do,

To inflict pain and strife and deprive every life,

Of the rights they know well we are due.

We pledge unswerving faith and loyalty to our cause,

To America and to Thee. Amen.

The words and music of “The POW Hymn” were written by one of their own – Colonel J. Quincy Collins, USAF. In the absence of sheet music and a pen, he wrote the hymn on toilet paper, with a fish bone, employing red liquid from a diarrhea pill for ink. When the guards at the Vietnamese prison, dubbed “Camp Faith,” were away, he and his fellow servicemen would practice the hymn… 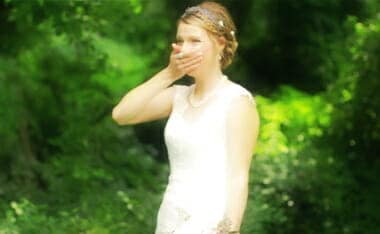 What a great video! I never — ever — tire of these (via The Blaze):

(Via The Blaze) …As the plane pulled in with a full police and fire escort, front and back, DiScala said that when the jet door opened, another military officer addressed the escort onboard who was standing at attention. The officer then stepped onboard and addressed the passengers:

“I just addressed the escort,” he said. “It is a sworn oath to bring home, to the family, the fallen. Today you all did that, you are all escorts — escorts of the heart.” The officer then thanked the passengers and walked off the plane, DiScala wrote.

“As you can imagine, everyone was silent and no one got up,” he wrote, adding that, “I’m sure most had meteor-sized lumps in their throats and tears in their eyes like I did.”

After deplaning, DiScala said “a large number of passengers, who are normally in a hurry to get home or make a connection” were standing by the window in the waiting area to witness the Honor Guard and family of the fallen soldier waiting while LAX baggage handlers and a military loadmaster removed the flag-covered casket first from the cargo hold — a sight that was “humbling to say the least.”…

Prayers to the Family

Delta Flight 2255 from Atlanta to Los Angeles seemed to be an ordinary flight but it turned out to be everything but ordinary. When the somber captain got on the PA system about 45 minutes prior to landing to inform us we were transporting a fallen soldier the whole plane fell silent. Here’s my video and story http://www.johnnyjet.com/2013/10/fall…

…But this transcontinental flight turned out to be everything but ordinary. We later learned, when the captain got on the PA system about 45 minutes prior to landing, that we were transporting a fallen soldier. The plane went quiet as he explained that there was a military escort on-board and asked that everyone remain seated for a couple of minutes so the soldiers could get off first. He also warned us not to be alarmed if we see fire trucks since Los Angeles greets their fallen military with a water canon salute. See my video below.

A few minutes after touchdown, we did indeed have a water canon salute, which I’d previously only experienced on happy occasions like inaugural flights. This time, the water glistening on the windowpanes looked like tears.

Passengers in the airport must have been worried when they saw our plane pull into gate 69A, as we had a full police and fire escort, front and back.

I was on the left side of the plane and later realized that the family could be seen off to the right, standing with the United States Army Honor Guard. According to Wikipedia, each military branch has its own honor guard, usually military in nature, and is composed of volunteers who are carefully screened. One of the primary roles for honor guards is to provide funeral honors for fallen comrades.

Col. Andre’ L. Wiley, an operations director assigned to 335th Signal Command, surprised his daughter during her 16th birthday by showing up at the Wiesbaden high school Dec. 19 here during his rest and relaxation from a one-year deployment in support of Operation Enduring Freedom. Produced by Lucius D. Clay. Also available in high definition. “I made a promise to my daughters that I would be their first date when they turned 16,” said Col. Wiley, who was assigned as the chief of staff of 5th Signal Command prior to his deployment.

“My husband, Michael, has been deployed for some time. He surprised our daughter at her high school Broadway-themed theater show. It took a lot of planning, but her theater teacher (the woman making the introduction on the video) made it so easy for us. This moment was so moving there was not a dry eye in the room. We really pulled off! ;D”