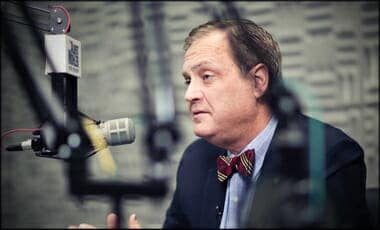 In the run-up to Christmas, you may have seen coverage of an editorial in Christianity Today by the magazine’s outgoing Editor-in-Chief Mark Galli, calling for the impeachment of President Trump.

The editorial set off a whirlwind.

Galli called the president’s actions with regard to Ukraine, “profoundly immoral.”

“None of the president’s positives,” Galli said, “can balance the moral and political danger we face under a leader of such grossly immoral character.”

Many looking at this have said that what is evident is a split between an evangelical elite against President Trump and populist evangelicals for the president.

I’d argue that there’s a third category—that is American evangelicals who understand fully the moral issues at stake, but who also understand the political context and have made a decision to support President Trump, not out of mere political expediency and certainly not out of naivete, but out of their own analysis of what is at stake.

That analysis, rather than CT’s editorial, is likely to have real impact. 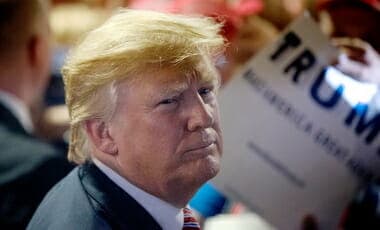 Hugh Hewitt sets up, and then reads his column from the Washington Post about the Christianity Today article. I have previously posted on this issue (RPT: “Christianity Today Hates Religious Freedom“). Which includes a previous upload by Hugh HERE:

After more than a quarter-century of occasionally attempting to help direct traffic at the intersection of faith and politics – on radio, on PBS and in books – I am bewildered by Christianity Today editor Mark Galli’s column on Thursday, which has attracted so much love from the secular left. In condemning President Donald Trump from the pages of the magazine Billy Graham founded, Galli has blindsided more than half of the evangelical Christians in the United States.

The entire enterprise – the magazine plus online platform – will suffer even as Galli heads out to retirement in January. But Trump will not.

What is remarkable is the selfishness of Galli’s act and, whether he has the applause of his editors, chief executive or financial backers, his legacy at the magazine will be to have done exactly what precedes every schism in every congregation, this time within the “CT” readership, whatever its number: Take an absolutist stand on a radically divisive issue. But Galli is no Martin Luther.

“Christianity Today is a nonprofit, global media ministry centered on Beautiful Orthodoxy – strengthening the church by richly communicating the breadth of the true, good, and beautiful gospel,” proclaims the magazine’s mission statement. “Reaching over five million people monthly with various digital and print resources, the ministry equips Christians to renew their minds, serve the church, and create culture to the glory of God.”

Perhaps this is what it did before. It has now become just another content provider on politics, and of the left-wing sort. The real cost here is borne by readers who will simply shrug off appeals to resubscribe or give the platform a try. Americans are drenched in political conflict, and hundreds, even thousands, of outlets offer political commentary. Why in the world would anyone seek an absolutist political opinion from a website about evangelical faith? The answer is obvious: Most people won’t, and they will steer clear of another politicized platform. Has Galli’s column changed a single mind in America, except about the magazine he was supposed to steward?

I don’t know Galli. But Christianity Today has suffered the same long, slow decline that has crippled “mainstream denominations,” and perhaps the idea of putting on a show-stopping exit was just too tempting to pass up. But Galli should have done just that. That he knew this is given away in his perfunctory introductory apologia: “The impeachment of Donald Trump is a significant event in the story of our republic,” Galli begins. “It requires comment.”

But, of course, it isn’t such an event. It isn’t even clear now that the articles of impeachment will be delivered to the Senate, though if they are, the outcome is predetermined. Indeed, it seems likely to me that Trump will be re-elected, and it is laughable to say that there is a clear, one-sided “Christian” appraisal of the case for or against the president. In a democratic republic, the people decide, and they will end up giving the presidency back to Trump or to his opponent for reasons wholly unrelated to Christianity Today’s view on the question. Christians by the millions will be on both sides of that election. They did not need, or ask for, this intervention in their deliberation.

“The typical CT approach is to stay above the fray and allow Christians with different political convictions to make their arguments in the public square, to encourage all to pursue justice according to their convictions and treat their political opposition as charitably as possible,” Galli continued, just before he implicitly condemned every Christian who supports Trump. There are tens of millions who already condemn Trump, and tens of millions who don’t. But whether Trump is good or bad for the republic isn’t a theological question. It is a political one.

By injecting Christianity into that debate, Galli inevitably suggests (especially to the left, for whom it is convenient) that people of the Christian faith are, in fact, obliged to condemn Trump and support his impeachment. This is risible. It is irresponsible. It also proved irresistible.

The only interesting question about this: Why did Galli feel compelled to sacrifice the best interests of the platform he was supposed to nurture? I don’t know the answer, but I can calculate the cost. It is immense. The only redeeming aspect of this is the condemnation now flowing down from previous supporters of the once-traditional fortress of evangelicalism. Perhaps that will save other congregations of believers, whether virtual or still organized around pews or causes, from the same intemperate outbursts from their leadership. 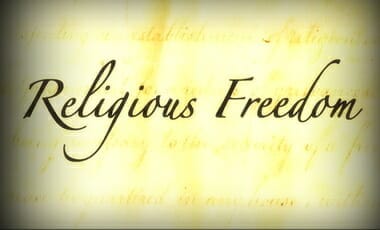 First, there was no quid-pro-quo in the call… here is the entire transcript read out loud:

Also, there was nothing in the articles of impeachment anywhere near a “high-crime-and-misdemeanor”

So two articles of impeachment have been put forward. Bribery was what CNN says was the Crux of the case a few weeks ago. However, remember all the terms changed over time: quid pro quo, to extortion, to bribery, to obstruction of justice. None of these are part of the impeachment articles. One impeachment article is “obstruction of Congress” (read here Democrats). What a joke! I think a bulk of the American voters see through this sham/witch Hunt.

…Franklin Graham called out the magazine on social media saying, in part: “Yes, @BillyGraham founded Christianity Today; but no, he would not agree w/ their piece. He’d be disappointed.” He later tweeted this revealing fact about his father: “I hadn’t shared who my father @BillyGraham voted for in 2016, but because of @CTMagazine’s article, I felt it necessary to share now. My father knew @realDonaldTrump, believed in him & voted for him. He believed Donald J. Trump was the man for this hour in history for our nation.”

Christianity Today didn’t call for the removal of a Presidential Predator—Bill Clinton. In their 1998 article entitled “The Prodigal Who Didn’t Come Home”, they lamented his inadequate “apology.” According to CT, Clinton merely “missed a truly historic moment” with what could’ve been a “straightforward admission.” But the conclusion of the article really showed the “progressive” magazine’s hopes for the impeached President: “At this writing, we expect Clinton to hang tough, to remain the comeback kid he is known to be.”

Then there was the 1974 CT editorial that asked the question “Should Nixon Resign?” In it, there is never a call for removal. “The transcripts show him to be a person who has failed gravely to live up to the moral demands of our Judeo-Christian heritage. We do not expect perfection, but we rightly expect our leaders, and especially our President, to practice a higher level of morality than the tapes reveal,” writes CT. I agree with those sentiments exactly. We should expect so much more from our elected leaders. It is tragic how Christians, too often, repeatedly justify political corruption over personal character all in the name of Party allegiance. The following two sentences show CT’s blatant contradiction, though: “Yet the Constitution does not provide for the removal of a President because of moral flaws. To resign would be to leave the presidency for other than a constitutional offense.”

Christianity Today, and many other liberal evangelical outlets, rightfully point out the moral failings in (select) elected leaders. Yet they often fail to apply the same standards to those on the Left, especially when those politicians are advocating issues that CT champions. But where was the call for removal of President Barack Obama? For the first time in history, an American President keynoted a fundraising gala for the leading killer of those made in God’s image—Planned Parenthood. Though Obama campaigned on “middle ground” rhetoric regarding abortion, he never sought it as President. In fact, he was the most radically pro-abortion President in history. Eerily echoing Democrat Governor George Wallace’s famous segregation declaration, Obama proclaimed at the gala: “Planned Parenthood is not going anywhere. It’s not going anywhere today. It’s not going anywhere tomorrow.” The response from the crowd was thunderous applause. He ended the speech to the organization that kills over 330,000 of the most marginalized and most victimized in our society: “God Bless Planned Parenthood!”

But enabling and supporting the shedding of innocent blood apparently isn’t enough for Christianity Today to have called for the ousting of President Barack Obama. That behavior wasn’t immoral enough for his removal.

…I find the Left’s obsession with demonizing and distorting his every action and word equally as immoral. Slander is a sin, too, people. I’ll never be invited, like many of my colleagues, to the Trump White House. I’ve never been a Trump apologist, but I will defend the rule of law. I know the alternative to a Trump presidency would’ve been a Hillary Clinton presidency. I didn’t choose the lesser of two evils. I chose to vote my conscience with a Party platform that aligns with my faith and common sense….