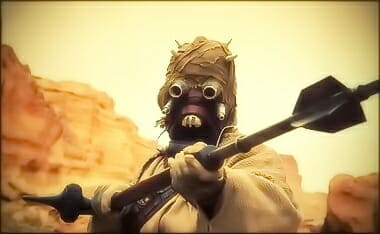 The Southern Poverty Law Center decided to turn itself into a racist organization, with its attacks on principled and courageous critics of radical Islamism such as Ayaan Hirsi Ali (left), a prominent ex-Muslim writer, and Maajid Nawaz (right), a moderate practicing Muslim writer, radio host and politician.

This is a story from GATESTONE INSTITUTE, and it shows yet the continued depths the The Southern Poverty Law Center still reaches in regards to it’s irrelevant radical positions:

The Southern Poverty Law Center (SLPC), based in Montgomery, Alabama, has struck again. The self-appointed boundary-markers and policemen of free discussion have issued what they call a “Field Guide” to help “guide” the media in “countering prominent anti-Muslim extremists.” It is hard to know where to start with such idiocy, so let us start from the beginning.

The SPLC was founded in 1971, ostensibly to fight for civil rights among other good causes. By the end of its first decade it was targeting the KKK and other racist organisations. So far so good. But like many a campaigning organisation, they experienced the happy blow of basically winning their argument. By the 1990s, there were mercifully few racist groups in America going about unchallenged. When a member of the KKK cropped up everybody in civil society pretty much understood that here was a bad person who should not be given a free pass.

The SPLC’s latest production is disgraceful, discrediting and sloppy even by its own increasingly disgraceful, discredited and sloppy standards. For this publication, they have listed “Fifteen anti-Muslim activists,” most likely in the hope that they will scare the media off inviting them on, or the wider public from being allowed to listen to them.

Among the list is Ayaan Hirsi Ali. The SPLC lists a set of allegedly outrageous things that she has said, which have appeared in such obscure and extreme venues as The Wall Street Journal and The Daily Show with Jon Stewart. They mention in passing — as though it were an incidental mishap — that Hirsi Ali’s film-making partner, Theo van Gogh, was slaughtered on an Amsterdam street by a jihadist, with a death-threat to Hirsi Ali pinned into van Gogh’s dying body. But they still clearly cannot imagine why anybody would have a problem with such a thing. One wonders how the staff of the SPLC would feel if one of their colleagues was murdered in such a manner? Doubtless they would shrug it off. Yet it remains that case that here is this “anti-racist” organisation, largely made up of white men who present themselves as being anti-racists, and yet who spend their time attacking a black immigrant woman.

Hirsi Ali is of course well known for being an ex-Muslim. But the SPLC’s list of “anti-Muslim activists” also includes a practising Muslim. Of course, if Maajid Nawaz were an Islamic extremist then SPLC would have nothing to say about him. But Maajid Nawaz is not an extremist — he is one of the most principled and courageous people around calling out the extremists in his faith for their bigotry and hatred. He does so, like Hirsi Ali, at no small risk to himself. If the jihadists within Islam are ever going to be defeated, it will be because of Muslims like Nawaz, who are willing to argue for reform on liberal, progressive, pluralistic and democratic grounds.

Yet for the SPLC, this Muslim is not just not the right type of Muslim — he is “anti-Muslim.” The charges that SPLC levels against Nawaz are (this is not satire) that he has (a) co-operated with, rather than worked against, the British police (b) suggested that customers in banks should have to show their faces (c) once failed to abide by the most hardline interpretation of Islamic blasphemy law (d) once visited a strip club on his stag-night….