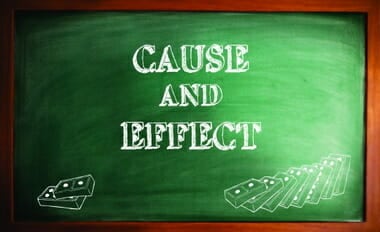 This is quite simply one of the best lectures William Lane Craig (a philosopher of science) has given. Craig explores the origins of the universe. He argues for a beginning of the universe, while refuting scientific models like the Steady State Theory, the Oscillating Theory, Quantum Vacuum Fluctuation Model, Chaotic Inflationary Theory, Quantum Gravity Theory, String Theory, M-Theory and Cyclic Ekpyrotic Theory.

Related video lectures on astrophysics and the beginning of the universe: 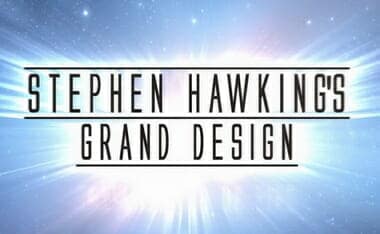 (A post of note is M-Theory – Stephen Hawking and Leonard Mlodinow, “The Grand Design” – by True Free Thinker)

Stephen Hawking is quoted as saying the following:

However, what the people who support scientism do is often get categories mixed up. Something that needs explanation itself and exists in spatial time relation needs an explanation itself. For instance, Irtiqa comments after pointing out the above quote:

…he is already postulating the existence of gravity and the laws that will lead to the creation and evolution of the universe. Shouldn’t we ask about the origin of gravity and all features of the universe? Many of us scientists and thinkers doubt that full explanations of everything can be complete and self-contained, with no need for a metaphysical principle like God.

While I have not read the book, nor plan to, it seems that Dr. Hawking is defining gravity as something other than a function of the mechanics of the cosmos. Perhaps he’s placing gravity outside of the dimensions like theists place God outside the universe? IN which case it is atheism of the gaps theory. Not to mention that M-Theory itself, if true, doesn’t explain anything away, it just adds more parameters that need explanation. The Blaze has some good insight on this, one can be found by both an atheist and theist dealing with Hawking’s new book:

Another video follows, but, an ex-atheist deals a bit with what is being discussed herein. Here is Dr. Antony Flew’s conversion reasoning:

“My whole life has been guided by the principle of Plato’s Socrates: Follow the evidence, wherever it leads.” After chewing on his scientific worldview for more than five decades, Flew concluded, “A super-intelligence is the only good explanation for the origin of life and the complexity of nature.” Previously, in his central work, The Presumption of Atheism (1976), Flew argued that the “onus of proof [of God] must lie upon the theist.” However, at the age of 81, Flew shocked the world when he renounced his atheism because “the argument for Intelligent Design is enormously stronger than it was when I first met it.”

Okay, another video (you may need to avert your eyes from his “crazy” eyes):

Dr. William Lane Craig touched on this “Theory of Everything” that Stephen Hawking has been wanting for quite some time. In a Q&A he responds after the initial question:

Question: Dr. Craig, given that, in the past, in its quest for simplicity physics has often discovered previously unsuspected connections between seemingly unrelated constants like electromagnetic constants and the speed of light and given that, in his 1997 lectures at Harvard University, physicist Ed Witten said that most of the recent string theories have no free parameters, that is, no variable constants in the model––all the constants just follow from the mathematical structure of the theory itself, O.K.?––given that, don’t you think it’s even probable that future discoveries in physics will reduce, or even completely eliminate, these seemingly strange improbable coincidences that you appeal to, to give evidence for God’s creation and tweaking of constants in the human universe?

Dr. Craig Responds: No, I don’t see any reason to think that that’s probable at all, though I would like to hear more about Witten’s claim with respect to string theory. I’m not aware that that’s a feature of that model––that it eliminates all need for fine–tuning. I would very surprised to hear that were the case. I mean what you’re really talking about is a so–called “Theory of Everything.” But what that would ultimately show would be that the laws of physics are not really just physical laws at all but, somehow, they’re logically necessary, which, I think, strikes me as extremely counter–intuitive, that this is the only possible universe that could exist. So from what I’ve read, I think that the idea of ultimately finding some sort of a “Theory of Everything” is really a fantasy. I think we’re always going to be stuck with a certain amount of contingency that just is put in at the beginning.

Dr. Craig continues elsewhere to zero in on this “M-Theory” model (A thorough scouring of this can be found here where this was excerpted from, Beyond the Big Bang):

We come finally to the extreme edge of cosmological speculation: string cosmology. These models are based on an alternative to the standard quark model of elementary particle physics. So-called string theory (or M-theory) conceives of the fundamental building blocks of matter to be, not particles like quarks, but tiny vibrating strings of energy. String theory is so complicated and embryonic in its development that all its equations have not yet even been stated, much less solved. But that has not deterred some cosmologists from trying to craft cosmological models based on concepts of string theory to try to avert the beginning predicted by standard Big Bang cosmology.

The most celebrated of these scenarios in the popular press has been the so-called ekpyrotic scenario championed by Paul Steinhardt.[xvi] In the most recent revision, the cyclic ekpyrotic model, we are asked to envision two three-dimensional membranes (or ‘branes’ for short) existing in a five-dimensional space-time (Fig. 9). One of these branes is our universe. These two branes are said to be in an eternal cycle in which they approach each other, collide, and retreat again from each other. It is the collision of the other brane with ours that causes the expansion of our universe. With each collision, the expansion is renewed. Thus, even though our three-dimensional universe is expanding, it never had a beginning.

Now apart from its speculative nature the ekpyrotic scenario is plagued with problems.[xvii] For example, the Horava-Witten version of string theory on which the scenario is based requires that the brane on which we live have a positive tension. But in the ekpyrotic scenario it has a negative tension in contradiction to the theory. Attempts to rectify this have been unsuccessful. Second, the model requires an extraordinary amount of ad hoc fine turning. For example, the two branes have to be so perfectly aligned that even at a distance of 1030 greater than the space between them, they cannot deviate from being parallel by more than 10-60. There is no explanation at all for this extraordinary setup. Third, the collapsing and retreating branes are the equivalent of a 4-D universe which goes through an eternal cycle of contractions and expansions. In this sense, the cyclic ekpyrotic model is just the old oscillating model writ large in five dimensions. As such, it faces exactly the same problem as the original: there is no way for the universe to pass through a singularity at the end of each cycle to begin a new cycle and no physics to cause a non-singular bounce. Finally, even if the branes could bounce back, there is no means of the physical information in one cycle being carried through to the next cycle, so that the ekpyrotic scenario has been unable to deliver on its promises to explain the large-scale structure of the observable universe. These are just some of the problems afflicting the model. It is no wonder that Andrei Linde has recently complained that while the cyclic ekpyrotic scenario is ‘very popular among journalists,’ it has remained ‘rather unpopular among scientists’ (Linde 2002: 8).

But let all that pass. Perhaps all these problems can be somehow solved. The more important point is that it turns out that, like the chaotic inflationary model, the cyclic ekpyrotic scenario cannot be eternal in the past. In September of 2001 Borde and Vilenkin, in cooperation with Alan Guth, were able to generalize their earlier results on inflationary models in such a way to extend their conclusion to other models. Specifically, they note, ‘Our argument can be straightforwardly extended to cosmology in higher dimensions,’ specifically brane-cosmology.[xviii] According to Vilenkin, ‘It follows from our theorem that the cyclic universe is past-incomplete’,[xix] that is to say, the need for an initial singularity has not been eliminated. Therefore, such a universe cannot be past-eternal.

Of course, in view of the metaphysical issues raised by the prospect of a beginning of the universe, we may be confident that the quest to avert such a beginning will continue unabated.[xx]

Such efforts are to be encouraged, and we have no reason to think that such attempts at falsification will result in anything other than further corroboration of the prediction of a beginning. In the meantime, the beginning cannot be wished away. Given its origin ex nihilo, the demand why the universe exists rather than nothing presses insistently upon us.

Beyond the Big Bang (Ekpyrotic Models Discussed) from Papa Giorgio on Vimeo.