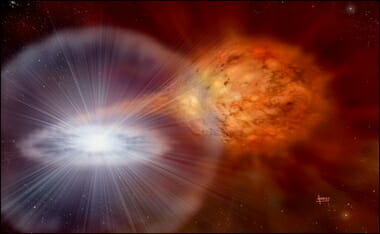 This is a quote found in Jonathan Sarfati’s commentary, The Genesis Account, I will post the link to the article Dr. Sarfati quoted from:

An experimentally verified prediction of Einstein’s General Relativity Theory is a phenomenon called gravitational time dilation. It has long been established that gravity affects the rate at which time flows in any particular location in the universe. A graphic example of this phenomenon is the GPS satellite navigation system which is becoming a standard feature in many motor vehicles today.

One’s position is determined by comparing the time taken for signals from a number of the satellites, which are visible at any one time, to reach the receiver so very high precision timing is needed. The constellation of satellites orbits the earth at an altitude of about 20,000km. At this height, the atomic clocks on board the satellites run faster than the same clocks on earth by 42 microseconds per day. The satellites are travelling at around 12,000 km per hour which produces an opposing relativistic effect of slowing the clocks down by about 5 microseconds per day. The combined effect is that the clocks on the GPS satellites run 38 microseconds per day faster than equivalent earth-bound clocks. Why does this matter? If this time difference was ignored and no compensation made, the position errors would build up at a rate of about 400m per hour which would render the system completely useless!

Another mechanism for time dilation is rapid acceleration of the fabric of space in an expanding universe. This is explained more fully in Hartnett’s book referenced above.

To which another friend noted skeptically:

You’re right, of course, Jim. Russell Humphreys’ model, which is at the core of this discussion, is deeply flawed. It hypothesizes that Earth was created in a gravity well produced by a massive black hole so relavitivistic time dilation accounts for the slow passage of time on Earth, allowing distant starlight to reach us even though our planet’s age is claimed to be measured in thousands rather than billions of years. While there are technical problems with the model that have been ably discussed by Don Page and Samuel Conner, among others, there are three simpler observations that empirically confute it: (1) if we were in a gravity well, distant starlight should be blue-shifted, it’s not, it’s stretched to the red end of the spectrum by the universal expansion providing evidence for the Big Bang; (2) if we were in a gravity well, the periods of distant Cepheid variable stars and other periodic astronomical phenomena would appear vastly different from what we measure them to be; and (3) we observe stars forming when we look out into space we understand well the astrophysics of stellar formation, which informs us that the Sun is at least a second generation star due to the heavier elements in its composition (and that of our Solar System). In short, we are not in a gravity well and the model being proposed here is yet another YEC fabrication predicated on an unnecessary and flawed interpretation of Scripture, but offered with a patina of scientific sophistication sufficient to obscure the truth from the non-scientist.

Here you will note a part of this “evolving” model that is incorporated by Dr. Harwood in the OP that makes Dr. Humphreys say this:

…Through the years, theorists have offered other explanations for the cosmological redshift trend. For several decades, I explored such theories, trying without success to find one that satisfied me. But I lost interest in alternative redshift models after I noticed verses in the Bible that appear to support the idea that space has been expanded. Isaiah 40:22 is one example:

✦ “It is he … that stretches out the heavens as a curtain, and spreads them out as a tent to dwell in.”

There are seventeen such verses in the Old Testament, and they use four different Hebrew verbs to convey the idea of ‘stretching out’ or ‘spreading out’. As I clarify in Starlight and Time, in Scripture ‘the heavens’ appear to refer to space itself, not necessarily to the bodies occupying that space, namely the Sun, Moon and stars. So if we take these verses straightforwardly, then God is saying that He has stretched out or spread out the ‘fabric’ of space itself. That corresponds very closely to the general relativistic idea of expanding space. With a few small steps of logic, textbooks show that such an expansion produces redshifts. That is why I think expansion is the main cause. … (Creation.com)

If you look at the OP you will see this part:

“The satellites are travelling at around 12,000 km per hour which produces an opposing relativistic effect of slowing the clocks down by about 5 microseconds per day. The combined effect is that the clocks on the GPS satellites run 38 microseconds per day faster than equivalent earth-bound clocks. … time dilation is rapid acceleration of the fabric of space in an expanding universe…“

In other words, movement has shown to affect this time variable… and extremely fast movement is theorized to do so on a much larger scale. And the Bible clearly notes this type of creative action was under way.

The above article responds in part to the red-shift/blue-shift aspect a bit. But if Jonathan Sarfati wishes to message me another article dealing with this, I will post it. 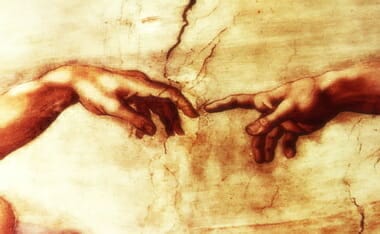