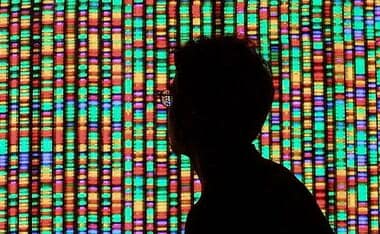 Here is some awesome info via Creation/Evolution Headlines:

According to a study published Jan. 10 in Nature by geneticists from 4 universities including Harvard, “Analysis of 6,515 exomes reveals the recent origin of most human protein-coding variants.”  By recent they mean really recent on evolutionary timescales:

The authors explained this in evolutionary terms as the result of “explosive population growth” and that “selection has not had sufficient time to purge them from the population.”  They claimed Europeans had more variants “consistent with weaker purifying selection due to the Out-of-Africa dispersal.”  The last paragraph assesses the impact of their findings:

More generally, the recent dramatic increase in human population size, resulting in a deluge of rare functionally important variation, has important implications for understanding and predicting current and future patterns of human disease and evolution. For example, the increased mutational capacity of recent human populations has led to a larger burden of Mendelian disorders, increased the allelic and genetic heterogeneity of traits, and may have created a new repository of recently arisen advantageous alleles that adaptive evolution will act upon in subsequent generations.

As for advantageous mutations, they provided NO examples.

Dr. John Sanford Interviewed About His Book, “Genetic Entropy and the Mystery of the Genome“

The findings depend on models and assumptions, but appear to support the thesis of John Sanford’s book Genetic Entropy and the Mystery of the Genome, which argues that the genetic load increases so rapidly that mankind could not have survived for tens of thousands of years, to say nothing of millions (see recent YouTube interview part 1 and part 2 [combined into one, above]).  How can such rapid rate of degradation be sustained over evolutionary time?

The authors seemed a bit baffled by their findings.  The following paragraph gives a hint of that (compare “expected” vs observed):