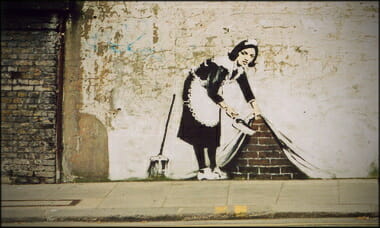 As I said earlier this morning… more information will be coming. Actions speak loudly as well! Via BREITBART:

Khizr Khan, the Muslim Gold Star father that Democrats and their allies media wide have been using to hammer GOP presidential nominee Donald J. Trump, has deleted his law firm’s website from the Internet.

This development is significant, as his website proved—as Breitbart News and others have reported—that he financially benefits from unfettered pay-to-play Muslim migration into America.

A snapshot of his now deleted website, as captured by the Wayback Machine which takes snapshots archiving various websites on the Internet, shows that as a lawyer he engages in procurement of EB5 immigration visas and other “Related Immigration Services.”

The website is completely removed from the Internet, and instead directs visitors to the URL at which it once was to a page parking the URL run by GoDaddy.

The EB5 program, which helps wealthy foreigners usually from the Middle East essentially buy their way into America, is fraught with corruption. U.S. Senate Judiciary Committee chairman Sen. Chuck Grassley (R-IA) has detailed such corruption over the past several months, and in February issued a blistering statement about it.

“Maybe it is only here on Capitol Hill—on this island surrounded by reality—that we can choose to plug our ears and refuse to listen to commonly accepted facts,” Grassley said in a statement earlier this year. “The Government Accountability Office, the media, industry experts, members of congress, and federal agency officials, have concurred that the program is a serious problem with serious vulnerabilities. Allow me to mention a few of the flaws.”

Grassley’s statement even noted that the program Khan celebrated on his website has posed national security risks.

“There are also classified reports that detail the national security, fraud and abuse. Our committee has received numerous briefings and classified documents to show this side of the story,” Grassley said in the early February 2016 statement. “The enforcement arm of the Department of Homeland Security wrote an internal memo that raises significant concerns about the program. One section of the memo outlines concerns that it could be used by Iranian operatives to infiltrate the United States. The memo identifies seven main areas of program vulnerability, including the export of sensitive technology, economic espionage, use by foreign government agents and terrorists, investment fraud, illicit finance and money laundering.”

What’s perhaps interesting is that also on this website that he has now deleted, Khan revealed that he spent nearly a decade working for the mega-D.C. law firm Hogan & Hartson—now Hogan Lovells LLP—which connects him directly with the government of Saudi Arabia and the Clintons themselves. Saudi Arabia, which has retained the firm that Khan worked at for years, has donated between $10 million and $25 million to the Clinton Foundation. Hillary Clinton, despite the repeated urging of Trump, has refused to return the Clinton Cash money to the Saudis. What’s more, Hogan Lovells also did Hillary Clinton’s taxes—and helped acquire the patents for parts of the technology she used in crafting her illicit home-brew email server that the FBI director called “extremely careless” in handling classified information.

What’s more, the entire mainstream has proven negligence with regard to this matter as none of them even thought to look into this Khan guy’s law practice before bandying him about as some kind of magic elixir that cures the country of Trump.

Will this make the light of day on CNN and MSNBC, ABC, or the like? Nah, you can tell by the following graph via NewsBusters that the media is in the pocket of the Democrats: