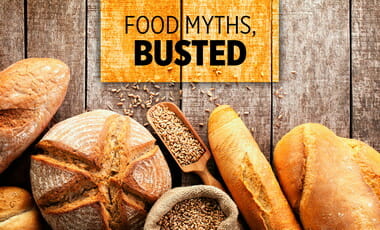 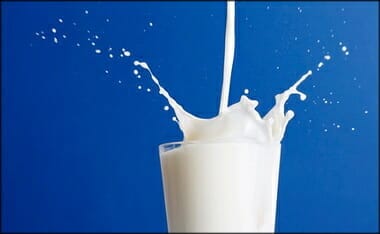 John Cisna, a teacher, ate only McDonald’s to teach his class how to choose low caloric meals and how to embrace healthy choices, even at Mickey D’s.

The Government warned us strongly that we shouldn’t drink whole milk… but now that’s proving to be untrue. What else do they lie about?

“How Food Regulations Make Us Less Healthy” by @LearnLiberty

► Get Learn Liberty updates in your inbox!
http://LearnLiberty.org/subscribe

Why do we consume so much high fructose corn syrup? Why does America suffer from an obesity epidemic? And why are fruits and vegetables so expensive? Professor Dan D’Amico of Loyola University argues that special interests and government policy are at least partly to blame. According to Professor D’Amico, rent seeking and regulations — such as “organic” certification — results in lower costs for less healthy foods and higher costs for nutritional foods. When corn farmers dedicate their time and money to extracting exorbitant government subsidies, corn becomes cheaper, and more people demand it. When regulations mandate special certification in order to vend organic foods, smaller farmers cannot afford to cut through the red tape, putting them out of business, decreasing competition, and raising prices on healthy foods.

So why don’t we stop this madness? Concentrated benefits and dispersed costs of course! The cost to the individual consumer of these subsidies is so small and the price impact so marginal, that it isn’t worth it for people to organize and petition government. Until we can solve this collective action problem, we’re going to be consuming a lot more high fructose corn syrup.

Coke is made with corn syrup, not real sugar. Why is this? According to Professor Diana Thomas, part of the reason is because government policies artificially raise the price of sugar.

Although these government policies actually cost Americans approximately $3 billion each year, the laws remain. The law benefits one group of people (farmers) at the expense of another group (consumers). But because the cost to each American is so small, average Americans don’t have an incentive to combat the lobbying groups who fight to keep the laws in place.

This phenomenon is known as “dispersed costs and concentrated benefits,” and it applies in many cases when laws are passed that benefit a small group of citizens. Prof. Thomas says the only way to prevent or end this practice is to limit what government can do.

A defense of farm subsidies, by the Alabama Cooperative Extension System: http://lrnlbty.co/TdO6iS

Introduction to public choice, including the concept of concentrated benefits and dispersed costs: http://lrnlbty.co/SbNc57

An article focusing on the health and environmental impacts of American corn/sugar policies: http://lrnlbty.co/UFHUNA

A detailed piece on the allocation of agricultural subsidies to various plants: http://lrnlbty.co/TO0RNt

A timeline of the economic controls put on sugar from 1789 to 2011: http://lrnlbty.co/WtaHep

Mischa Popoff’s book is, Is It Organic?