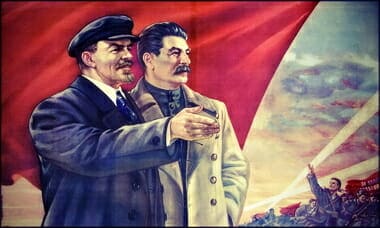 LEGAL INSURRECTION has an excellent post showing the political witchunt continuing in “Uber-Left” New York Attorneys office. The quote following this update comes alive moreso because of this:

The New York Attorney General’s Office, and now the state legislature, are targeting a political opponent: Donald Trump, his family, his businesses, and his allies.

The State government in New York has become part of the #Resistance to Trump, and not just on policy issues.

The law enforcement and legislative functions have been co-opted to target Trump because he is a political enemy. In the war on Trump, important norms are being broken. It’s disgusting and dangerous.

The most prominent norm being broken is by the new Attorney General, Latitia James, who campaigned on the promise to use the full force the the State’s law enforcement powers to target Trump and his family:

Such targeting of Trump didn’t start with James, she was following up on similar targeting by former (and disgraced) AG Eric Schneiderman and interim AG Barbara Underwood. We documented this long line of Democrat New York Attorney Generals weaponizing the Office for political purposes We wrote about it in December 2018, Incoming NY Attorney General vows to use full power of the State to get Trump.

Since taking Office, James has held true to her promise to target Trump, as CNN reported in early April 2019, The New York AG’s first 100 days of war against Trump:

So far, her office has subpoenaed two banks for records related to Trump Organization projects and has continued to pursue a lawsuit against the Trump Foundation, alleging it violated state and federal charities law. Asked by CNN about the lawsuit, Donald Trump Jr. dismissed it, saying there was “nothing to talk about — more nonsense.” She’s even pushed for the state assembly to pass legislation that would allow her office to pursue state charges for anyone the President pardons on federal charges…

Her office’s pursuit of tax records and details of President Trump’s businesses, along with efforts by federal prosecutors in Manhattan, could be critical leading into the re-election campaign as the Mueller investigation has ended and House Democrats are only now accelerating their investigations….

“I will never be afraid to challenge this illegitimate President,” James said during her campaign.

“Most of his business activities are performed in New York,” James told MSNBC earlier this month. “He engages in business in New York. He operates in New York. And it’s really critically important that New Yorkers, and as taxpayers … that we understand and know whether or not he devalued his corporations and he received some tax benefits thereof. That he engaged in false claims against New Yorkers and as a result of that we are seeking to see what we can do legally.”

James’ reference to “this illegitimate president” ends any doubt that she is politically motivated, not motivated by legitimate law enforcement concerns. The NY Attorney General’s Office has identified the political target, now it is searching for the crime…..

In New York State, Democrats and #TheResistance to Trump have absolute power. Unless the Courts stop this abuse of that power, we will see absolute corruption of the state government apparatus to get a political enemy.

…Maher, who has called Trump a traitor for his conduct, told his guest on Real Time that the American people weren’t into “details” as he wondered if Democrats had missed their shot.

“But this was our big gun,” Maher said. “Now it just looks like you’re stalking him, I think, in the eyes of the people who don’t follow it that closely, which is most of the country.”…

SEBASTIAN GORKA ON THE ISSUE:

This is the video of the audio played above: