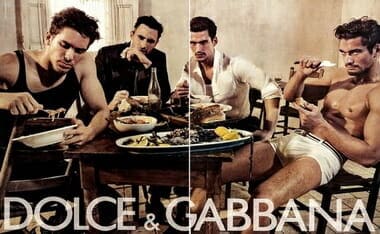 “We oppose gay adoptions – the only family is the traditional one,” said legendary fashion designers Domenico Dolce and Stefano Gabbana of Dolce & Gabanna in an interview with Panorama, reported The Telegraph.

Dolce told the Italian magazine that procreation “must be an act of love” and added, “You are born to a mother and a father – or at least that’s how it should be.”

Children born through in vitro fertilization (IVF) “I call children of chemistry, synthetic children,” said Dolce. “Uteruses for rent, semen chosen from a catalog. Psychiatrists are not ready to confront the effects of this experimentation.”

A statement that ordinarily would cause controversy has fanned vitriolic flames, because the pair making this statement are a gay couple who dated for 23 years (and broke up in 2005.)

“I am gay, I cannot have a child. I guess you cannot have everything in life,” Dolce said. “No chemical offspring and rented uterus: life has a natural course, some things cannot be changed. One is the family.”

Gabbana added: “The family is not a fad. In it there is a supernatural sense of belonging.”… 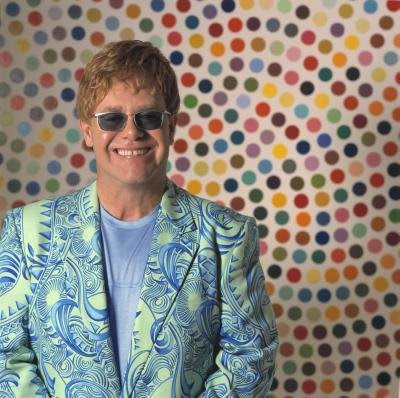 You may view my critique on same-sex marriages being the same, ontologically, as heterosexual marriages, this paper is entitled, “Epicurean Romanism: Natural Law & Romans.” Also see this case study, “Redefining marriage or deconstructing society: a Canadian case study,” by homosexual psychologist, Paul Nathanson (it is multiple pages and I must h/t Come Reason Ministries via there podcast for this study).

Tammy Bruce — a pro-choice lesbian, agrees with Elton John as explained in this article on her site, “Gay Marriage: Why Not?” (this article has disappeared [except for here], however, there is a more in-depth link that is connected with the article):

The political debate rumbles on, and we’ve heard the principle arguments repeated endlessly: On one hand, the right of gays to seek the same legal protections available to straights, and on the other hand, the mainstream desire to preserve an ancient and fundamental institution. Perhaps there’s a more appropriate way to look at this. Seems to me there’s an element of narcissism on both sides of the standard argument: On one hand, MY rights; on the other hand, MY tradition. But maybe it’s not about YOU. Marriage may make us happy (or miserable, as the case may be), but its primary purpose is to create a stable environment into which children will be born and nurtured through adolescence. Certainly both our statistics and common sense tell us that children do vastly better if they grow up with loving parents, a mother and a father. For this reason, I’d rather view the battle for marriage as a children’s rights issue, rather than a ME ME MINE issue.

Looked at from this perspective, the problem with gay marriage isn’t that it’s objectively any worse than (and it may actually be better than) the broken homes and single parents and all the other indications that modern marriage is a ruined institution. The problem with gay marriage is fundamentally symbolic: It’s the societal acknowledgement of how far marriage has fallen. If not for the specter of gay marriage, we could continue to pretend that we’re still functional. We could pay our hypocritical respects to our ideal, even if that ideal no longer translates into any semblance of reality.

If you get past the politics and the rants, you’ll hear many conservative Christians acknowledge as much. They understand that winning the battle against gay marriage doesn’t mean a thing unless marriage itself once again becomes respected and meaningful.

Just as the 2nd Amendment wasn’t adopted to protect your right to hunt, so the institution of marriage wasn’t created to deliver spousal health insurance and inheritance. Don’t let the politics distract you from the big picture. This battle is in one place but the war is elsewhere. 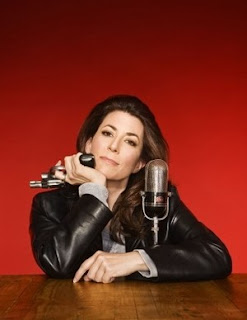 In ancient times before Abraham, pagans sacrificed their children to idols. This is a matter of historical record. Then, as our tradition would have it, God gave us the example of Abraham and Isaac to declare an end to ritual human slaughter. In our modern, enlightened era, it seems we’ve created a new form of child sacrifice. Children have become disposable. Most of us know this is our fundamental problem. Some say that the government must step in and pick up the slack with day care and the like. Others argue that the parental commitment must be enforced. The liberal/conservative divide forms roughly along these lines. This is where the war is.

Bottom line: If we’ve lost marriage, then it really doesn’t matter what becomes of gay marriage. Think about this before you jump back into the culture war.

…in this interview Tammy says the following:

….So it is a self-obsession based in victimhood. Now I was raised on the left to believe that in fact this was life and death, that we’re going to destroy you before you destroy us. Now that is almost non-existent on the right, if you will. I don’t see that kind of – there’s certainly some paranoia when it comes to the extreme right – but the level of paranoia and narcissism really drives all the decision making (on the left).

I’ll give you an example when it comes to gay marriage. If Christians are against gay marriage, the gay elite don’t believe that’s because the Christian is concerned about tradition, concerned about the future of this nation, or has a series of issues (with it) surrounding their faith, instead, of course, the gay elite says, “Oh, they’re homophobes.”

They’ve made a decision because they hate me, that they’re thinking this way because of me, that they’re making that decision because they want to hurt me – as opposed to, that they may be against gay marriage because, again, of faith, because of the importance of the tradition of marriage. In fact, God forbid should they ever consider that it might not have anything to do with homosexuals at all, but it has everything to do with (people’s) families, that kind of deeper thinking beyond one’s self, they’re incapable of….

Likewise, Al Rantel in his article entitled, “Gay Talk Show Host Opposes Gay Marriage,” makes the point that as a gay man, he opposes gay marriage [he has since changed his opinion, but these arguments still are valid as it shows one in the gay community can hold them]:

The Massachusetts Supreme Judicial Court ruling by four of the seven justices that the state must allow gays full marriage rights by May 17th raises a myriad of questions that some are afraid to ask in this time of political correctness run amok.

First and foremost of those questions is who said gays want to get married in the first place? Lets look at the numbers. The highest number of same sex households in America is ironically in Massachusetts, however even then it is under 2 per cent of all households. If gays make up five to ten per cent of the population as is often claimed, one would expect this number to be five times larger.

As distressing as the state of the American family is today with the high rate of divorce and adultery, the situation is far less stable among gays. This is not a slur against gays as individuals, but rather the reality of what occurs when you have what I call the all gas and no brake environment of male/male sexuality. I should know. I am a gay male. 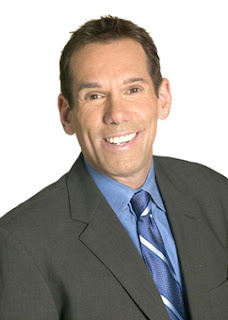 To say that unfortunately the gay world is in a general state of hyper-sexuality that is not conducive to relationships which marriage was intended to foster is to put it mildly. Further, almost all of the issues the gay left claims it is justifiably concerned about like property, health, and financial partnership issues have already been dealt with by many states and can be dealt with through further legislation as needed. Such legal changes would encounter far less political opposition.

Why then the seeming obsession by the gay left and their activist judicial allies like the Massachusetts justices to force gay marriage on an unwilling public?

There is an answer.

Forcing a change to an institution as fundamental and established by civilization as marriage is deemed by gay activists and other cultural liberals as the equivalent of the Good Housekeeping seal of approval for homosexuality itself. The reasoning goes that if someone can marry someone of the same sex then being gay is as acceptable and normal as being short or tall.

While I certainly do not think people should be judged by who they choose to love or how they choose to live their lives, the cultural liberals in America are after more than that. They want to force others to accept their social view, and declare all those who might have an objection to their social agenda to be bigots, racists, and homophobes to be scorned and forced into silence.

The gay left has still not matured into a position of self-empowerment, but is still committed by and large to the idea that the rest of society must bless being gay in every way imaginable. This includes public parades in all major cities to remind everyone else of what some people like to do in their private bedrooms while in the same breath demanding to be left alone.

What more certifiable blessing than state sanctioned marriage of two men or two women, even for a group that has offered no indication that most even desire to enter into the kind of commitments that marriage ideally entails, or that serves the real purpose of marriage. Marriage exists in order to create a stable and structured environment for couples to reproduce and raise their offspring.

And so we have come to yet another chapter in the story of those who would portray themselves as victims in need of another sanction from the state. This time the price of social acceptance of gays is the redefinition of an institution that is thousands of years old and a cornerstone of society. Does that really seem like a wise and prudent choice for America to make at the wish of a handful of judges, and at the behest of those whose real goals are more political than anything else?

Paul Nathanson, a sociologist, a scholar, and a homosexual writes that there are at least five functions that marriage serves–things that every culture must do in order to survive and thrive. They are (source):

Note that Nathanson considers these points critical to the continued survival of any culture. He continues “Because heterosexuality is directly related to both reproduction and survival, … every human societ[y] has had to promote it actively . … Heterosexuality is always fostered by a cultural norm ‘that limits marriage to unions of men and women’.” He adds that people “are wrong in assuming that any society can do without it.”