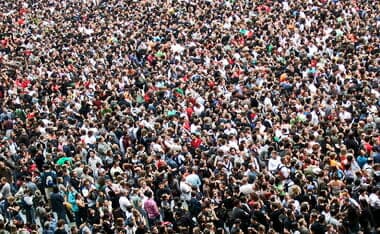 (DAILY CALLER) A sociologist on MSNBC threw cold water on all the media’s claims that the March For Our Lives protests were spontaneous and led by the nation’s children during a “Morning Joe” segment on Monday.

University of Maryland sociologist Dana Fisher conducted a study of the demographics of Saturday’s march in Washington, D.C., and discovered that only less than 10 percent of those in the crowd were under the age of 18.

While Fisher tried to make it sound like these individuals were all potential voters, it is likely that many of those who showed up were simply run-of-the-mill liberal activists.

Remember, this is not a march for a non-profit style “caring” for children type march:

…It is apparent that organizers of the march harbor ambition that extends far beyond the initial event. Plans are in the making to lobby lawmakers to achieve desired ends. The finance vehicle for the protest, “The March for Our Lives Action Fund,” is a 501(c)(4) nonprofit organization, which, according to records, was registered on March 8, 2018.

The majority of non-profit groups are registered as 501(c)(3) charitable organizations; this allows donors to receive a charitable tax deduction for their gifts.

However, 501(c)(4) organizations are formed in order to conduct lobbying and legislative advocacy. The choice of this nonprofit vehicle means that donors actually lose tax deductibility for their donations.

On the group’s website, “The March for Our Lives Action Fund” has telegraphed its intent to pursue lobbying, indicating that funds will be used “to fight for comprehensive gun safety legislation at the local, state, and federal level.”

The website also offers a “March for Our Lives voter registration toolkit,” which appears to be a blatant effort to boost Democratic candidates at the polls.

FREEBEACON has an excellent story on this.