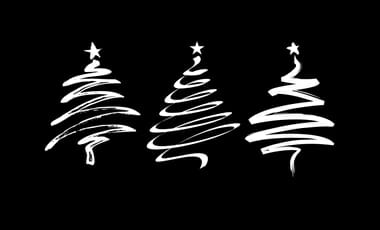 (Video Description from YT Channel) Bobby unpacks the history of the Christmas Tree and whether it has pagan roots or not.

To begin this two part series we are looking at if the Bible forbids Christmas or Christmas customs.

This video looks at the history of Christmas and argues there is no evidence it comes from paganism.

(Video Description from YT Channel) Is Christmas pagan? Many Christians celebrate the birth of Christ on December 25, even though Jesus was almost certainly not born on December 25. Since pagan groups in the ancient world had celebrations that coincided with the Christian celebration of the birth of Christ, are Christians who celebrate Christmas today engaging in pagan activities? In this video, Marie Wood discusses the issue. Merry Christmas!

(Video Description from YT Channel) In this video I discuss the origin of the Christmas tree. Some think it’s condemned by the Bible, in Jeremiah 10:3-5. Others think it’s a Pagan idol. There were Pagan cultures that kept tree branches in their homes during the Winter Solstice, including the Egyptians, Druids, Romans (who also celebrated Saturnalia) and Vikings around the time of Christmas. Martin Luther kept a Christmas tree in his home. The Germans brought it to America. Americans at first protested against it, but if afterwards became popular. [Editor’s Note: A decent channel, but do not agree with all his presentations – to be clear]

The above were short presentations… below is an excellent, more in-depth interview detailing Greek Myths and other topics: