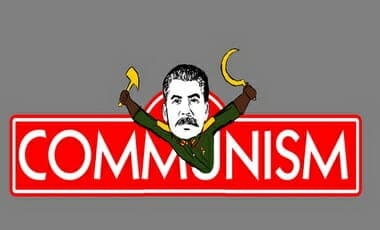 Denver council member believes in “community ownership” and is excited to usher communism in, “by any means necessary.” Pat Gray, Keith Malinak, and Jeff Fisher discuss on Friday’s episode of “Pat Gray Unleashed.” Watch Candi CdeBaca give us a taste of what the future will bring:

GATEAWAY PUNDIT has this about Candi… I just want to say she is very cute… death ushered in by the likes of her and AOC. Communism with a smile from a pretty face:

Denver City Council candidate Candi CdeBaca is not shy about her love for communism. No matter how many times it has failed in violence, poverty and mass murder, she’s still a fan. In April Candi promised to push communism “by any means necessary.”

On June 5th Candi won a seat on the Denver City Council.

In an earlier debate Candi promised to push communism — by any means necessary.

The DAILY WIRE continues on to explain some more:

Encyclopedia Britannica defines communism as a “political and economic doctrine that aims to replace private property and a profit-based economy with public ownership and communal control of at least the major means of production (e.g., mines, mills, and factories) and the natural resources of a society.”

CdeBaca, who is a democratic socialist, also drew intense criticism for saying that she will “usher” in communism “by any means necessary.”

While it’s not exactly clear what CdeBaca meant when she said “by any means necessary,” PBS notes that Malcolm X used the phrase and it meant “up to and including the use of violence.”

The American Mirror added that “by any means necessary” also happens to be a radical far-left organization. Influence Watch reports on By Any Means Necessary (BAMN):

BAMN employs aggressive “militant” direct action and litigation to support its cause. BAMN protests of official government bodies have resulted in flipping tables and other disruptive outbursts. BAMN demonstrators have been arrested for inciting riots, throwing rocks at police, and destruction of property.

PAT GRAY and the gang over at BLAZE discuss this a bit: