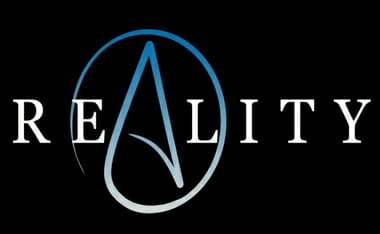 Is it fair to say that atheism is simply a lack of a belief? Or is there some positive content to this alleged non-belief? Andy Bannister in episode 18 of SHORT/ANSWERS encourages our atheist friends to think a little more deeply about the need to test and defend what it is that they do believe.

Below is an excerpt from Frank Turek’s recent book, Stealing from God which deals well with the oddly new definition of atheism, which simply stated is a “lack of belief.”

This excerpt from the recommended book is preceded by William Lane Craig explaining how this definition merely is a statement of an immediate psychological state, and is not a position on anything. If this is a definition, then Dr. Craig’s cat is an atheist. Enjoy:

It’s been fashionable lately for atheists to claim that they merely “lack a belief in God.” So when a theist comes along and says that atheists can’t support their worldview, some atheists will say some­thing like, “Oh, we really don’t have a worldview. We just lack a belief in God. Since we’re not making any positive claims about the world, we don’t have any burden of proof to support atheism. We just find the arguments for God to be lacking.”

What’s lacking are good reasons to believe this new definition.

First, if atheism is merely a lack of belief in God, then atheism is just a claim about the atheist’s state of mind, not a claim about God’s existence. The “atheist” is simply saying, “I’m not psycho­logically convinced that God exists.” So what? That offers no evi­dence for or against God. Most people lack a belief in unguided evolution, yet no atheist would say that shows evolution is false.

Second, if atheism is merely a lack of belief in God, then rocks, trees, and outhouses are all “atheists” because they, too, lack a belief in God. It doesn’t take any brains to “lack a belief” in some­thing. A true atheist believes that there is no God.

Third, if atheists merely “lacked a belief in God,” they wouldn’t be constantly trying to explain the world by offering supposed alternatives to God. As we’ll see, atheists write book after book insisting that God is out of a job because of quantum theory, multiple universes, and evolution. While none of those atheistic arguments succeed in proving there is no God, they do prove that atheists don’t merely lack a belief in God—they believe in certain theories to explain reality without God.

They believe in those theories because atheism is a worldview with beliefs just as much as theism is a worldview with beliefs. (A “worldview” is a set of beliefs about the big questions in life, such as: What is ultimate reality? Who are we? What’s the meaning of life? How should we live? What’s our destiny? etc.) To claim that atheism is not a worldview is like saying anarchy is not really a political position. As Bo Jinn observes, “An anarchist might say that he simply ‘rejects politics,’ but he is still confronted with the inescapable problem of how human society is to organize itself, whether he likes the idea of someone being in charge or not.”

Likewise, atheists can say they just “reject God,” but they are still confronted with the inescapable problem of how to explain ultimate reality. Just as anarchists affirm the positive belief that anarchy is the best way to organize society, atheists affirm the positive belief that atheistic materialism is the best way to explain ultimate reality. Materialism is the dominant view among atheists today and the view this book is addressing.

In other words, atheists don’t “lack a belief” in materialism. They are not skeptical of materialism—they think it’s true! As Phillip Johnson said, “He who is a skeptic in one set of beliefs is a true believer in another set of beliefs.” Lacking a belief in God doesn’t automatically establish materialism any more than lack­ing a belief in atheism automatically establishes Christianity. No atheist would say that a Christian has made a good case because he “lacks a belief” in materialism!

Dr. William Lane Craig answers the typical charge by atheists (like Dan Barker, George H. Smith, Michael Martin, Gordon Stein, etc. who define atheism as a “lack of belief in God”) who say literally everybody is an atheist.