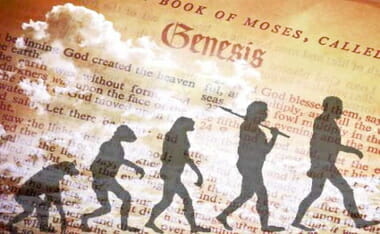 SEE MORE AT ANSWERS IN GENESIS

Skull-hunters killed Aborigines and legitimized this act asserting that they were doing it for science. The skulls of the hunted natives were sold to museums after some chemical reactions that would make them look old. The skulls with bullet holes were filled in with utmost attention. According to Creation Magazine published in Australia, a group of observers that came in from South Galler were shocked when they saw that dozens of women, children and men were killed by evolutionists. Forty five skulls were chosen among the killed Aborigines, the flesh of them were set aside and boiled. The best ten were packaged to be sent to England.

Today, thousands of skulls of Aborigines are still in the warehouse of Smithsonian Institution. Some of these skulls belong to the corpses dug from the graves where as some others are the skulls of innocent people killed to prove evolution.

There were also African victims of the evolutionist violence. The most famous one was the pigmy Ota Benga who was taken to the world of the white men to be displayed as a transitional form. Oto Benga was caught in 1904 by a researcher Samuel Verner in Kongo then a colony of Belgium. The native whose name meant friend in his native language, was married and had two kids. Yet he was chained, put into a cage and sent by a boat to the evolutionist scientists who within the same year displayed him in the St. Louis World Fair together with other monkey species as the closest transitional form to humankind. Two years later, he was taken to Bronx Zoo in New York where he was, this time displayed as one of the ancestors of human beings together with a few chimpanzees, a gorilla called Dinah and an orangutan called Dohung. Dr. William T. Hornaday, the director of the zoo who was also a fanatical evolutionist delivered long speeches about how he was proud of having such a precious transitional form. The guests, on the other hand, treated Ota Benga as an ordinary animal.  Ota Benga could not bear the treatment he received and committed suicide. (Liste to a Reggae song dedicated to Oto on A BITTA WORLD by BORROW SHANGO.)

….The many factors motivating Verner to bring Ota to the United States were complex, but he was evidently .much influenced by the theories of Charles Darwin” a theory which, as it developed, increasingly divided humankind into human contrived races (Rymer, 1992, p. 3). Darwin also believed that the blacks were an inferior race’ (Vemer, 1908a, p. 10717). Although biological racism did not begin with Darwinism, Darwin did more than any other man to popularize it among the masses. As early as 1699, English Physician Edward Tyson studied a skeleton which he believed belonged to a pygmy, concluding that this race was apes, although it was discovered that the skeleton on which this conclusion was based was actually a chimpanzee (Bradford and Blume, 1992, p. 20).

The conclusion in Vemer’s day accepted by most scientists was that after Darwin showed “that all humans descended from apes, the suspicion remained that some races had descended farther than others … [and that] some races, namely the white ones, had left the ape far behind, while other races, pygmies especially, had hardly matured at all” (Bradford and Blume, 1992, p. 20). Many scholars agreed with Sir Harry Johnson, a pygmy scholar who stated that the pygmies were “very apelike in appearance [and] their hairy skins, the length of their arms, the strength of their thickset frames, their furtive ways, all point to these people as representing man in one of his earlier forms’ (Keane 1907, p. 99). One of the most extensive early studies of the pygmies concluded that they were “queer little freaks” and

T’he low state of their mental development is shown by the following facts. They have no regard for time, nor have they any records or traditions of the past; no religion is known among them, nor have they any fetish rights; they do not seek to know the future by occult means. . . in short, they are … the closest link with the original Darwinian anthropoid ape extant” (Burrows, 1905, pp. 172, 182)….