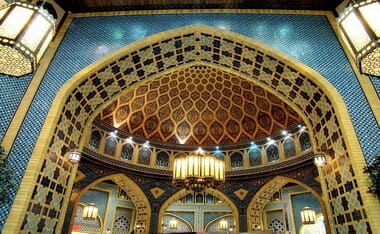 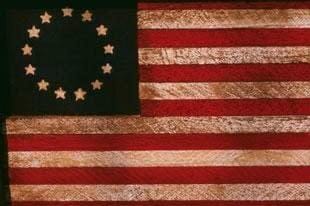 Boston – National Guard units seeking to confiscate a cache of recently banned assault weapons were ambushed by elements of a Para-military extremist faction. Military and law enforcement sources estimate that 72 were killed and more than 200 injured before government forces were compelled to withdraw.

Speaking after the clash, Massachusetts Governor Thomas Gage declared that the extremist faction, which was made up of local citizens, has links to the radical right-wing tax protest movement.

Gage blamed the extremists for recent incidents of vandalism directed against internal revenue offices. The governor, who described the group’s organizers as “criminals,” issued an executive order authorizing the summary arrest of any individual who has interfered with the government’s efforts to secure law and order.

The military raid on the extremist arsenal followed wide-spread refusal by the local citizenry to turn over recently outlawed assault weapons.

Gage issued a ban on military-style assault weapons and ammunition earlier in the week. This decision followed a meeting early this month between government and military leaders at which the governor authorized the forcible confiscation of illegal arms.

One government official, speaking on condition of anonymity, pointed out that “none of these people would have been killed had the extremists obeyed the law and turned over their weapons voluntarily.”

Government troops initially succeeded in confiscating a large supply of outlawed weapons and ammunition. However, troops attempting to seize arms and ammunition in Lexington met with resistance from heavily-armed extremists who had been tipped off regarding the government’s plans.

During a tense standoff in the Lexington town park, National Guard Colonel Francis Smith, commander of the government operation, ordered the armed group to surrender and return to their homes. The impasse was broken by a single shot, which was reportedly fired by one of the right-wing extremists.

Eight civilians were killed in the ensuing exchange.

Ironically, the local citizenry blamed government forces rather than the extremists for the civilian deaths. Before order could be restored, armed citizens from surrounding areas had descended upon the guard units. Colonel Smith, finding his forces over matched by the armed mob, ordered a retreat.

Governor Gage has called upon citizens to support the state/national joint task force in its effort to restore law and order. The governor also demanded the surrender of those responsible for planning and leading the attack against the government troops.

Samuel Adams, Paul Revere, and John Hancock, who have been identified as “ringleaders” of the extremist faction, remain at large.

And this fellow Americans, is how the American Revolution began, April 20, 1775.

On July 4th, 1776 these same “right wing anti-tax extremists” signed the Declaration of Independence, pledging to each other and their countrymen their lives, fortunes, and sacred honor. Many of them lost everything, including their families and their lives over the course of the next few years.

This is a powerful reminder of how far we have come as a nation. In many regards we have come full circle and find ourselves in a situation not unlike that of our founding fathers.

It does seem like a full circle. Read more.