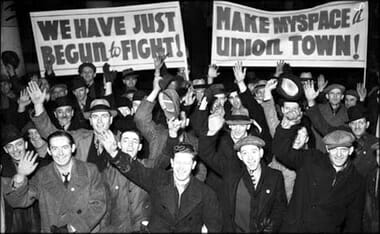 Public-sector unions have been gaming the political system for decades, bankrupting whole cities and plunging states into massive debt. How did this happen and can it be stopped? Akash Chougule, senior policy fellow for Americans for Prosperity, has the answers in this sobering video from Prager University.

There is a dilemma in American education. On the one hand, teachers are essential to student achievement. On the other, teachers unions promote self-interests of their members which are antithetical to the interests of students. So, how do we fix this problem? In five minutes, Terry Moe, Professor of Political Science at Stanford University, delineates this quandary and offers solutions.