Here is another example of media bias many people, either with their own biases or “not catching it,” do not notice. Rick Wilson is said to be a Republican, but as you can see (and hear), CNN is padding their guest spots with like minded people — not a diversity of thought. The Left gives “diversity” lip-service, but in reality, they want a homogenized way to talk and think. Totalitarianism is the name of the Leftist game.

Here are some articles about Rick “Latte” Wilson:

Wilson later defended his comments in a series of tweets: 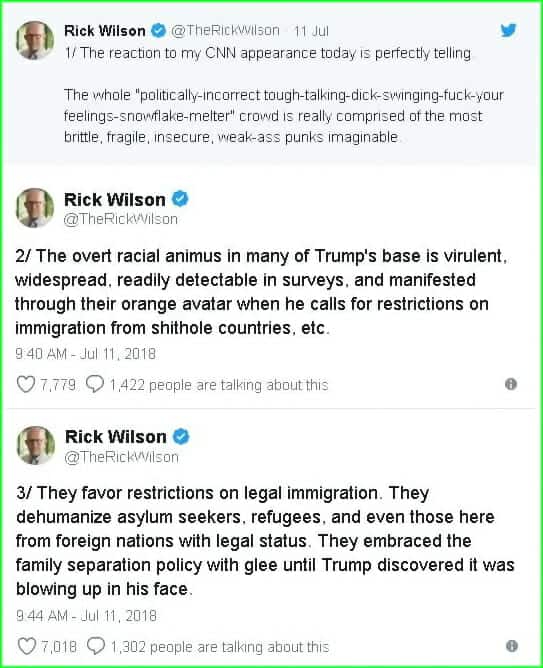