…Looking at the data from the Mass Shooting Tracker, widely utilized by the media, as of this writing, of the 72 mass shooters, perpetrators in shootings that killed or wounded 4 or more people, whose race is known, 21 were white, 37 were black, 8 were Latino, and 6 were members of other groups.

Three mass shooters were Asian, two were American Indian and one was Arab.

Then there’s a mass shooting story out of Detroit that would have scratched two of the media’s political itches, homophobia and gun control, but was instead buried because the shooter fit the wrong profile.

In June, Devon Robinson shot two gay men and one transgender man. The shootings, which took place during Pride Month, according to a spokeswoman for the prosecutor’s office, targeted and killed the victims “because they were part of the LGBTQ community.” Had Devon been white, there’s little doubt that there would already be a play, a movie and a monument to his victims. But instead it’s been buried.

The Robinson shootings demonstrate how the media negotiates its own intersectional cover-ups. As does the very different coverage of the political orientations of Patrick Crusius and Connor Betts.

While mass shooters can come from any race or political belief, the one thing that unites them is a desire for publicity. Mass shooters often admire and track the “high scores” of other mass shooters regardless of their motives and politics. What they really want to do, above all else, is kill.

Seung-Hui Cho, the South Korean immigrant, who killed 32 people at Virginia Tech, wrote of being inspired by the Columbine killers, and claimed that he wanted to die to “inspire generations of the weak and defenseless people”. Adam Lanza, the Sandy Hook school shooter, was inspired by Anders Breivik, a Neo-Nazi mass shooter, even though he had nothing apparently in common with him….

The attacks in El Paso, Texas, and Dayton, Ohio, over the weekend that have taken at least 31 lives have put a spotlight on the problem of young, isolated white men carrying out mass shootings. (WND) 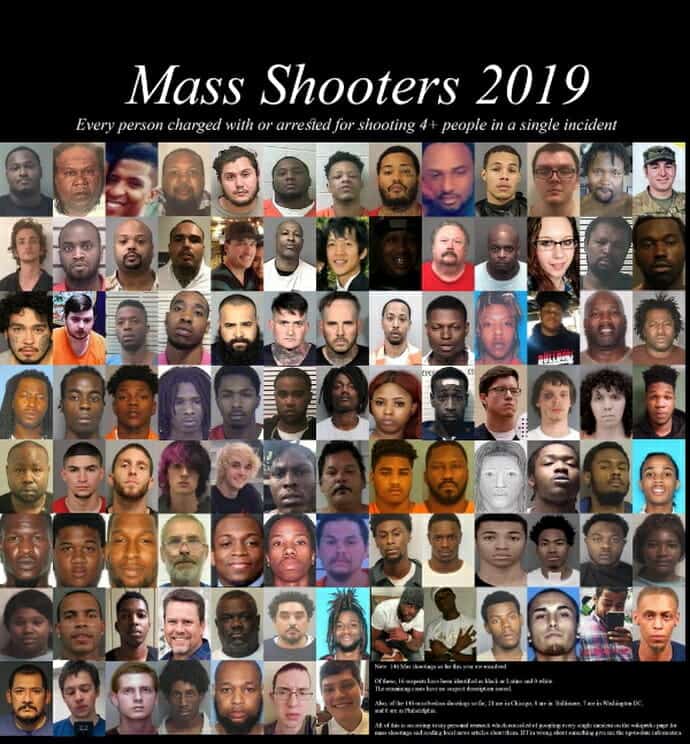