Has the Hate Trump crowd lost its mind? Is there any precedence for the intensity of their hatred? Mark Duplass, a Hollywood actor who recommended Ben Shapiro be included in listening to the other side gets re-educated by his Leftist friends. Dennis Prager opines well on this recent bullying of Mark Duplass by Leftists. Again, Mr. Duplass merely suggested to open up to listening to the other-side… and the Left went nuts!

Dennis is right… because if they hear us, they see their edifice fall. And many convert.

The topic of Trump acting or being like a NAZI, or traitor, or whatever has been stated in various ways… but a legal analyst combined them all in a string: “MSNBC Legal Expert: Helsinki Summit Is JUST LIKE Kristallnacht, Pearl Harbor…” (NEWSBUSTERS) 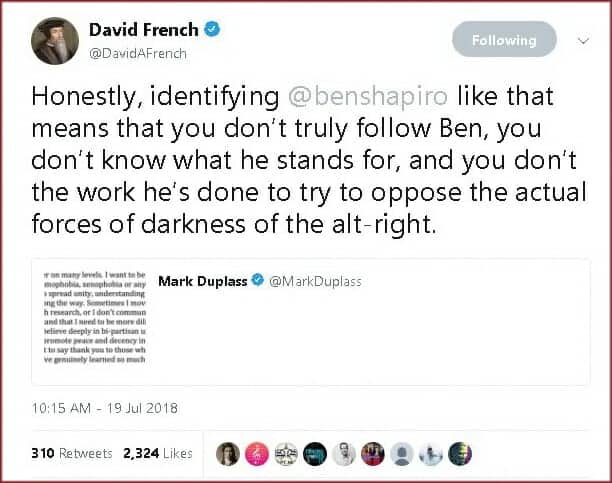 NATIONAL REVIEW has a great article entitled: “The Sliming of Ben Shapiro”