POWERLINE notes the following in their 7th part of a longer series:

In “Flynn’s fate (6)” I posted the Special Counsel’s reply memorandum in the matter of Michael Flynn’s sentencing. Judge Sullivan had ordered the parties to file the FBI 302 and underlying notes of the the FBI’s interview with General Flynn. The attachments to the reply memorandum include neither. Where are they?

Those documents are not included, but McCabe’s memo of his conversation scheduling the meeting with Flynn is included as Attachment A. It is a key document.

I find the reply memo to be shockingly weak. Something does not compute. As I said on Friday, anyone seriously trying to understand what happened here will be frustrated by the threadbare and circular quality of the reply memo and attached materials. Assuming the documents Judge Sullivan ordered to be produced haven’t been separately filed, I trust that Judge Sullivan will notice…..

And lets not forget GOWDY! 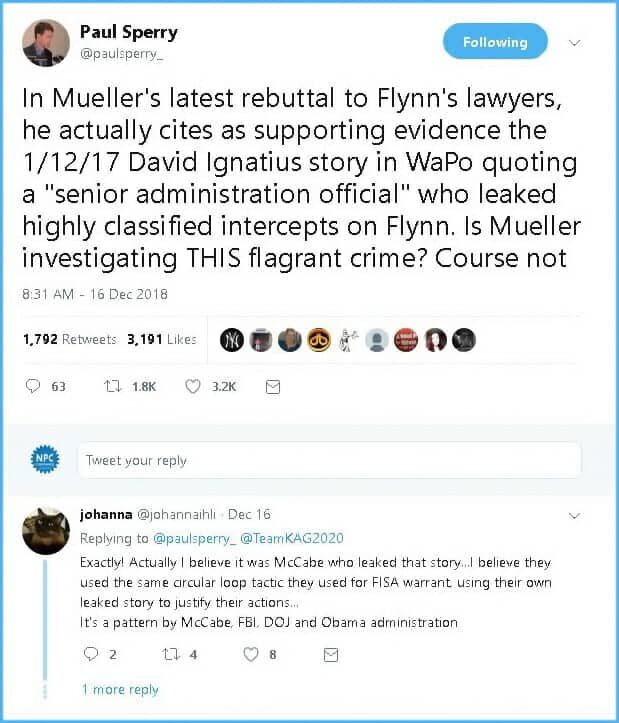