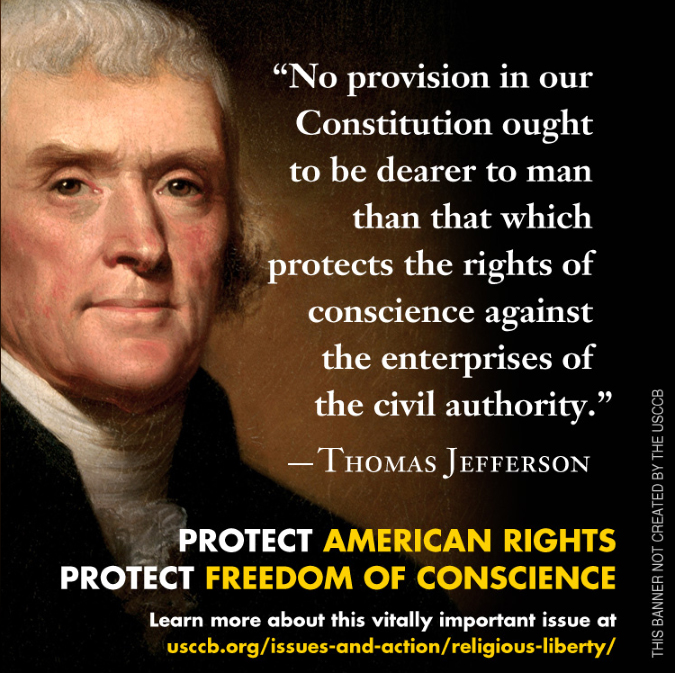 “But there you have it: thanks to the government’s firm desire to make sure the one or two women left in the country who did not have easy and cheap access to contraceptives, abortofacients [sic], and sterilization procedures, our 2,500 students will no longer have an insurance plan ready and waiting for them.”

Franciscan’s refusal to comply with the HHS edict shows that this issue will not go away quietly for Obama among Catholics and members of other faiths less inclined to vote Democrat.  As more Catholic institutions opt out, the issue will get more and more acute for Obama as bishops press hard for freedom of religious conscience.

Earlier (Feb 6, 2012), the Archdiocese of Boston said it may stop offering insurance:

The Archdiocese of Boston says it may stop offering health insurance for its employees if the Obama administration does not relax a new rule that requires many church-affiliated employers to cover the cost of birth control in employee health plans.

In its ruling, the Administration has cast aside the First Amendment to the Constitution of the United States, denying to Catholics our Nation’s first and most fundamental freedom, that of religious liberty.

O’Malley’s letter was one of many sent out to parishes across the country at the behest of the U.S. Conference of Catholic Bishops.

What a rotten consequence of Democratic leftism! It — liberal ideology — makes many unintelligent to the real problems and ways to fix them with common sense (like inter-state insurance competition, tort law reform, and the like).

Here is a great example from 2006 of how leftists ideology harms the people they purport to say they help. In this example, children:

(Washington Times, 2006) The recent decision by Catholic Charities of the Boston Archdiocese to stop offering adoption services to avoid placing children with homosexuals is reverberating through child welfare circles and sparking fears that other Catholic Charities agencies may follow suit.

“Everyone’s still reeling from the decision,” Marylou Sudders, executive director of the Massachusetts Society for the Prevention of Cruelty to Children (MSPCC), said yesterday.

“Ultimately, the only losers are the kids,” said Maureen Flatley, a Boston adoption consultant and lobbyist. If other Catholic Charities agencies withdraw from public adoption, “you can’t even begin to talk about what the impact of that will be nationwide,” she said.

A spokeswoman for the state DSS said it was already working to “transition” hundreds of foster children to new agencies. The Boston Catholic Charities’ contract expires June 30.

Ms. Sudders of MSPCC said that by not renewing its state license, Boston Catholic Charities will be opting out of myriad services, including recruitment of adoptive parents, training, home studies, managing adoption placements and working with special needs adoptions. She said the loss of the state’s biggest and most experienced adoption agency is “a very big deal for Massachusetts and a very big deal for the kids.”

The Democratic Party, enslaving, hurting, and killing the innocent since 1812!