THIS VIDEO below has been removed by YouTube twice. I HAVE NO IDEA WHY. But I removed almost all of the description in the text of it thinking that is why? (HERE IS MORE ON THAT!) Below is an expansion of the original comments and then some.

MUST LISTEN TO Rush Limbaugh — who reads from Rep. Lee Zeldin’s questioning of Ambassador Bill Taylor. The media went with the Democrats summary of the witness testimony — so the media [in other words] didn’t report just how horrible the witness was. As usual, it took a couple minutes to cut through the muck by a Republican. TWITCHY notes some of the devastating “fact” witness B.S.

The “Whistleblowers” name appears in both the Mueller Report (PUBLIC ACCESS) and released PUBLIC documents by Schiff. And, he is not a whistleblower.  The statute does not say anywhere in it that a name cannot be released. It merely protects a whistleblower from being fired arbitrarily or having work-place harassment from happening. Second, the “blower” did not mention anything to do with intelligence from his community. He passed along (leaked) 3rd-hand information.

TWITCHY has a great story on Lee Zeldin’s cross-examination… here is one of the Tweets noted by them: 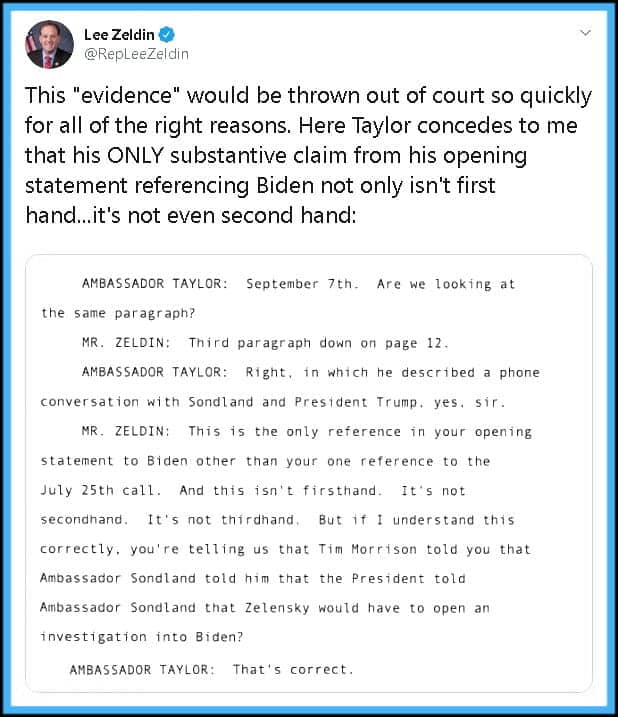 Also, the lawyer for Ciaramella said he was beginning a coup against President Trump… something he should (and may) lose his law licence over. Here President Trump reads the Tweets you will dind below:

LEGAL INSURRECTION has more, but here are a couple Tweets by Zaid, dating back to the day of Trump inauguration (2017): 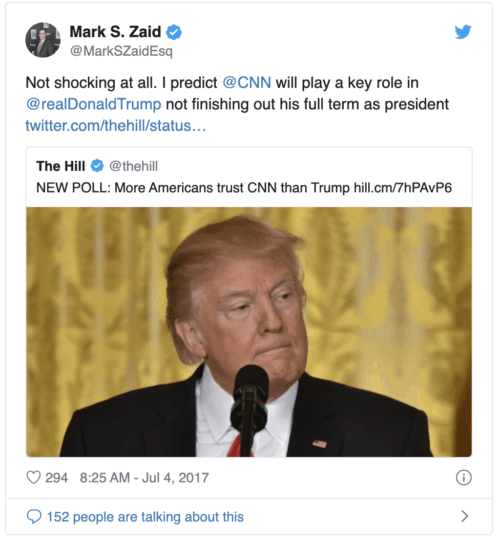 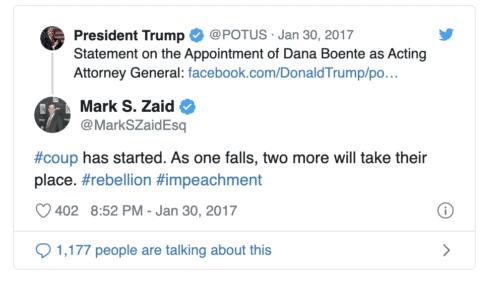 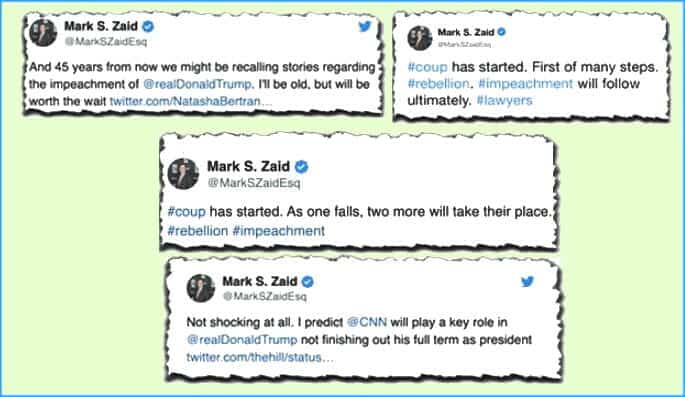 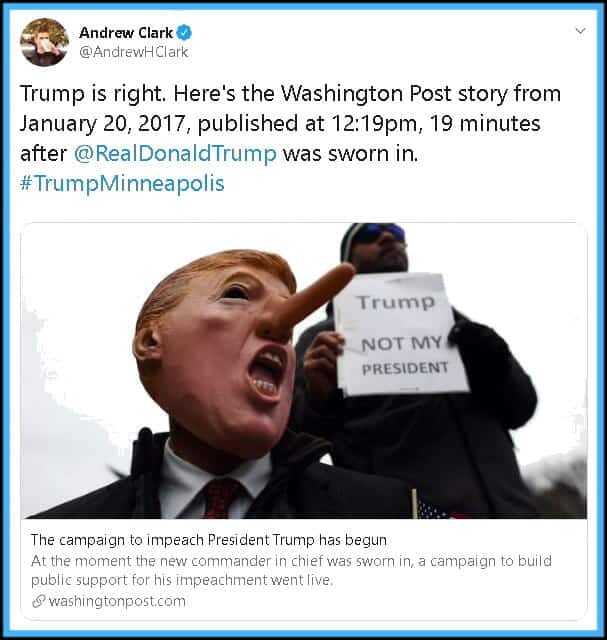