I was challenged after I noted that every religious and moral leader of note never endorsed or supported same-sex marriage. Here is the response to this challenge.

A point Dennis Prager makes is that this is the first time in human history where a “liberal elite” thinks it knows better than all previous religious, political, and moral thinkers before them. I have been challenged on this point and so I enter here a response to some of it. But first the audio portion in which discussion took place over:

(To follow up on Plato and Aeschines’ thoughts, read this.) Here is the small portion of one of the conversations that emboldened me to post this information:

Also, this is not just a matter of discrimination based on sex. It is also a matter of religious persecution. There are religious institutions where gay marriage is condoned and officiated just as heterosexual marriage is. To list a few, Buddhism, Satanism, Wicca, Paganism, the Metropolitan Community Church, the Old Catholic Church, the United Church of Canada, the United Church of Christ, the United Church of Australia and there are even more!!! Just as they would not dare to tell you what to do with your religion, so should you not dare to tell them what to do with theirs. If you believe in freedom of religion, you cannot be against gay marriage. You cannot control what others do with their religion. That is one of the founding principles of this nation. And that is what this really boils down to in the end. It is a matter of control. You seek to control others. You seek to tell others how they are supposed to live their lives. That is the antithesis of freedom. For someone as obviously intelligent as you are it is extremely disheartening that you cannot see something this simple.

After I refuted the world religious challenge of Buddhism (see beneath this conversational example that took place here), I got this response:

…I listed a lot of churches that condone gay marriage. One of them was mistaken and you spend how long arguing against it while ignoring every other one? I made a mistake on buddhism. What of the rest I listed and the many more that I didn’t?

I wish to clarify something I said. In the historical past, same-sex marriage has never been accepted. While polygamy, concubines, and the like have been accepted in cultural practice. Homosexuality being on equal footing with other forms of marriage has never, never been a practice accepted by any religion or culture. Wiccan, Satanism, and liberal forms of the world religions (Christianity, Judaism, Buddhism, and the like) have only recently endorsed such a view. Since the “sexual revolution” of the 60’s when radical Marxist ideals were injected into Western thinking, writ large. So even your list is a new phenomenon.

I did mention paganism in the past. What I was saying is that men in historic pagan thinking/actions controlled women so that they were prostitutes at the local temple and a place for men to stop and “give sacrifice” to the gods. Other aspects that paganism and other cultures practiced that were harmful to women that Christianity helped cure were (below — partial list) only made possible by a faith that lifted women up. Something modern day feminism and radical gender equality movements do not do, or cannot do… since Wiccan practices do laud – for instance – the older pagan prostitution practices that subjugated a whole swath of women to serve men in horrible ways:

Paul, who often gets a bad rap for his perceived low view of women, considered at least twelve women coworkers in his ministry.* Paul clearly had a high view of women: “There is neither Jew nor Greek, slave nor free, male nor female, for you are all one in Christ Jesus.” The earliest Christians recited these remarkable, countercultural words as a baptismal confession. Widows, far from being abandoned, were cared for, and older women were given a place of honor. In light of all of this, is it any wonder “the ancient sources and modern historians agree that primary conversion to Christianity was far more prevalent among females than males”?

In recent history, Christians were responsible for the banning of three despicable practices inflicted upon women around the world. Christian missionaries pressured the Chinese government to abolish foot binding in 1912. This practice was done for the sole reason of pleasing men—”it made a woman with her feet bound in an arch walk tiptoe and sway seductively.” In 1829 the English outlawed the Indian practice of suttee, in which widows were burned alive on the funeral pyres of their husbands, because of Christianity’s teaching regarding widows and women. Finally, Western countries influenced by a Christian view of women and sexuality have condemned clitoridectomy (female genital mutilation), a gruesome practice that is still common in Muslim countries in Africa and the Middle East.

Historian Alvin Schmidt points out how the spread of Christianity and Christian influence on government was primarily responsible for outlawing infanticide, child abandonment, and abortion in the Roman Empire (in AD 374); outlawing the brutal battles-to-the-death in which thousands of gladiators had died (in 404); outlawing the cruel punishment of branding the faces of criminals (in 315); instituting prison reforms such as the segregating of male and female prisoners (by 361); stopping the practice of human sacrifice among the Irish, the Prussians, and the Lithuanians as well as among other nations; outlawing pedophilia; granting of property rights and other protections to women; banning polygamy (which is still practiced in some Muslim nations today); prohibiting the burning alive of widows in India (in 1829); outlawing the painful and crippling practice of binding young women’s feet in China (in 1912); persuading government officials to begin a system of public schools in Germany (in the sixteenth century); and advancing the idea of compulsory education of all children in a number of European countries.

My goal is not to refute every example [you give]. Yes, extreme leftism in Christianity is nothing new. In fact, the term “fundementalist” was coined in the 1920’s. In fact, a free book about this movement by one of its founders is here, “Christianity & Liberalism“

And of course Paganism is [against treating people with humanity]. At least historical paganism, [modern paganism in the West adopts the Judeo-Christian ethic]. Of course I deal with this in my book as well.

With that example of a conversation, I wish to officially give my readers an insight in how to refute such thinking (that major world religions supported same-sex relationships). A proper understanding of Buddhism regards all marriages as mundane. In fact, even love in Buddhistic understanding is mundane and is rejected as anything based in reality — which is also key to this discussion. Here are some actual historical cases that the Buddha interacted with as well as more recently the Dalai Lama dealing with the issue.

….there was a case of a gay monk who was overcome by sexual desire and could no longer restrain himself. He was seducing his friends and novices to have sex with him. They rejected him so he left the monastery and had sex with men who were elephant keepers and horse keepers. When news spread around the entire Buddhist community that he was homosexual, the Buddha was alerted to the problem and he issued a rule for the community not to give any ordination to a homosexual, and those ordained gays are to be expelled. (Vin.I, 86).

The Buddha was more tolerant of lesbianism than male homosexuality. Nuns who were caught in lesbian practices were not expelled from the order. They must confess to the fellows about their practice, and then the offense will be redeemed. (Vin. IV, 261)

The monastic rules do not guarantee Buddhist monasticism is entirely free from homosexuals. Indeed, they only say that monks and nuns are required to live a celibate life. Often in history, the monastic community has been plagued by homosexual scandals.

In Thailand, the worst such scandal took place in 1819, during the reign of King Rama II, when a high-ranking monk, a Somdet who was also the abbot of Wat Saket who had just been promoted to take the position of the Supreme Patriarch, one day was found guilty of enjoying homosexual activities with some of his good-looking male disciples.

It was a shock to all Buddhists of the time, and the case was considered the scandal of the century of Buddhism in Siam.

Interestingly, the graveness of the mistake was not severe enough to defrock him, although the King had him removed him from his position of honour and ordered him to leave the royal monasteries.

As for the lay homosexual people, the Buddha gave no rule or advice as to whether they should be allowed to marry or not. The Buddha posted himself simply as the one who shows the way. He did not insist that he had any right to enforce on others what they should do. With this principle, the original teachings of the Buddha do not cover social ceremonies or rituals. Weddings and marriages of all kinds are regarded as mundane and have no place in Buddhism.

Another authoritative source mentions that “in practice, Theravada Buddhist countries are not terribly open to homosexual practice. This has much to do with … the notion of karma, which remains strong in countries such as Thailand. From this viewpoint, a person’s characteristics and situations are a result of past sins or good deeds. Homosexuality and other alternative forms of sexuality are often seen as karmic punishments for heterosexual misconduct in a past life. Thus far, the gay rights movement has not had great success in Theravada Buddhist countries.” So one would have to reject the core of this religion in order to supplant it with a personal view and new model of sexuality. Obviously, ripping the core of an ancient religious belief out in the name of tolerance is what the Left is all about! The article continues: 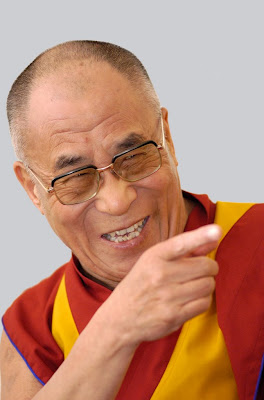 In a 1997 interview, the Dalai Lama (the leader of Tibetan Buddhism and a widely-respected spiritual figure) was asked about homosexuality. He did not offer any strong answer either way, but noted that all monks are expected to refrain from sex. For laypeople, he commented that the purpose of sex in general is for procreation, so homosexual acts do seem a bit unnatural. He said that sexual desires in themselves are natural, perhaps including homosexual desires, but that one should not try to increase those desires or indulge them without self-control.

The Dalai Lama was more specific in a meeting with Buddhist leaders and human rights activists in San Francisco in 1997, where he commented that all forms of sex other than penile-vaginal sex are prohibited for Buddhists, whether between heterosexuals or homosexuals. At a press conference the day before the meeting, he said, “From a Buddhist point of view, [gay sex] is generally considered sexual misconduct.“

So we see in Buddhistic history and theology a firm denial of homosexuality being approved of (or endorsed, like the Left wants done with same-sex marriage). Even at its best there is no universal Buddhist position on same-sex marriage. In other words, it was never endorsed (if forgetting the above) by the Buddhistic religion or state — like the Left wants in this case.

In all religious understanding, if the practice wasn’t frowned upon, it was never endorsed. Bottom line. Nor was it even thinkable until about a generation ago.