The Screwtape Letters by C.S. Lewis Animated Book Review/Summary — Lewis really makes you think about how the demonic may be apart of your own life. I’d highly suggest any Christian to read this book, and figure out their opinion on demonic things. Plus, Diabolic Ventriloquism is just an awesome thing to say.

….Easter Saturday Greetings! I think this is a good time for reflection. We remember three men who died on November 22, 1963: JFK, C.S. Lewis, and Aldous Huxley. A book, Between Heaven and Hell, imagined their meeting in the afterlife.

This week, Jared Whitley wrote about a piece Lewis wrote shortly before he died:

“We now have an intelligentsia which, though very small, is very useful to the cause of Hell.” -C.S. Lewis, The Screwtape Letters

A masterful piece of religious prose disguised as satire, C.S. Lewis’s The Screwtape Letters is a series of messages from senior devil Screwtape to his protege Wormwood on how best to corrupt mortals. Originally released during World War II, its tight 175 pages provide charming, timeless wisdom.

In an addendum released shortly before the author’s death in 1963 – Screwtape Proposes a Toast – Lewis pivots from dispensing universal wisdom to directly criticizing social trends of his day, trends which have gone from mere whispers on college campuses 60 years ago to become orthodoxy with the power of law today. Reading it today, it feels like the author was more prophet than professor.

WHY DIDN’T I KNOW ABOUT THIS?

In the 15-page essay – full text available here – the devil Screwtape outlines how the term democracy can be warped into destroying excellence, first in the halls of education then to society at large to make sure everyone stays “equal.”

Go ahead and read it. It’s not too long.

“Democracy is the word with which you must lead them by the nose,” Screwtape tells his fellow devils. “The basic principle of the new education is to be that dunces and idlers must not be made to feel inferior to intelligent and industrious pupils. That would be ‘undemocratic.’ “

“Democracy is the word with which you must
lead them by the nose,”

Several examples are given at the link, with some not-too-obvious warnings about the wiles of tempting demons. And notes on the abolition of the middle class. Remarkable. And this (full of hyperlinks):

“For ‘democracy’ or the ‘democratic spirit’ (diabolical sense) leads to a nation without great men, a nation mainly of subliterates, full of the cocksureness which flattery breeds on ignorance, and quick to snarl or whimper at the first sign of criticism. And that is what Hell wishes every democratic people to be. For when such a nation meets in conflict a nation where children have been made to work at school, where talent is placed in high posts, and where the ignorant mass are allowed no say at all in public affairs, only one result is possible.”

Lewis also warns about changing the meaning of words.

Well, 1963 was a long time ago. Screwtape and his buddies have a head start. Time to wake up now?…. 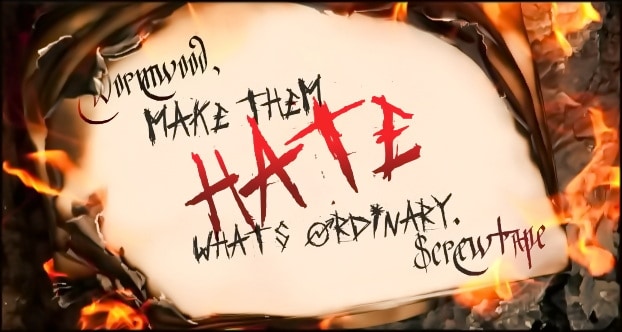