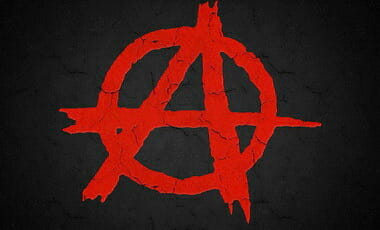 A girl named “Moldylocks” is seen here holding a bottle as a weapon… she was previously throwing them into the crowd of supporters for Trump. This photo was taken as the first defensive punch was thrown at her by Nathan Damigo (more on his later):

Image of moldy locks swinging a glass bottle at the Berkeley riots.

Don’t let them pretend this was self defense! (REDDIT)

This next video discusses the issue of bottle throwing and notes that another bottle fell out of her backpack when she fell after the second punch by Damigo:

So now that we know the girl deserved the punch to the face… twice, who is this character Nathan Damigo? I would caution people to stay clear of this guys politics… while GAY PATRIOT notes he is not a strict Nazi… as Antifa labels everything — he is a person concerned about ethnicity as the “be-all-that-ends-all.” Here is an excerpt from GP’s excellent post about Damigo’s views:

Damigo and company seem to be saying, we can get along with those identities but let’s have one for whites, too. They reject the term “white supremacists”. In the Rebel Media interview linked above, Damigo describes himself as a “white identitarian” and says that hysterical claims about his being a Nazi, a racist, etc. are just “anti-white hate speech” to shut down conversation…

This is the same “white power” B.S. I experienced while in jail various times for three felonies (yes, my past is checkered, now, clean as the driven snow [1 Peter 2:24]). I like how GP puts what we should be concerned about as “Western Supremacists”

…They seem to forget that *culture is culture*. It isn’t about ethnicity, or tribe, or race, or genes, or color. It’s ideas; principles; the arts; laws and legal practices; philosophy; sciences; means of production and trade; food; ethics; things that can be adopted by anyone, of any ethnicity, at any time.

I am a Western supremacist. That is: I think that the Judeo-Christian-Greco-Roman-Lockean/Enlightenment civilization, while not perfect, is better than the others; it has the most elements from which an ideal civilization could be built. And I want to spread those good elements, by example and persuasion, to all ethnic groups (in America and the world).

It’s about the ideas/principles, and the individuals everywhere who may hold them. I couldn’t care less about the survival of *any* ethnicity as such. Ethnic identity is a sideshow, a rabbit hole where everyone loses, if we keep going down it….

UPDATE:
A comment on GP’s site quoted Theodore Roosevelt’s thoughts on this:

What is true of creed is no less true of nationality. There is no room in this country for hyphenated Americanism. When I refer to hyphenated Americans, I do not refer to naturalized Americans. Some of the very best Americans I have ever known were naturalized Americans, Americans born abroad. But a hyphenated American is not an American at all. This is just as true of the man who puts “native” before the hyphen as of the man who puts German or Irish or English or French before the hyphen. Americanism is a matter of the spirit and of the soul. Our allegiance must be purely to the United States. We must unsparingly condemn any man who holds any other allegiance. But if he is heartily and singly loyal to this Republic, then no matter where he was born, he is just as good an American as any one else.

The one absolutely certain way of bringing this nation to ruin, of preventing all possibility of its continuing to be a nation at all, would be to permit it to become a tangle of squabbling nationalities, an intricate knot of German-Americans, Irish-Americans, English-Americans, French-Americans, Scandinavian-Americans or Italian-Americans, each preserving its separate nationality, each at heart feeling more sympathy with Europeans of that nationality, than with the other citizens of the American Republic. The men who do not become Americans and nothing else are hyphenated Americans; and there ought to be no room for them in this country. The man who calls himself an American citizen and who yet shows by his actions that he is primarily the citizen of a foreign land, plays a thoroughly mischievous part in the life of our body politic. He has no place here; and the sooner he returns to the land to which he feels his real heart-allegiance, the better it will be for every good American. There is no such thing as a hyphenated American who is a good American. The only man who is a good American is the man who is an American and nothing else.

She [MOLDYLOCKS] is a liar… we know this, but we also know she and others have a “battle plan,” if you will, that she was clearly involved in:

I have been saying for years that the racist cults and anarch-leftists along with all the conspiracy people (left and right) will degrade the Western Judeo-Christian mores which is the main buffer to our Western societal adhesion.