“Even if all the data point to an intelligent designer, such an hypothesis is excluded from science because it is not naturalistic” 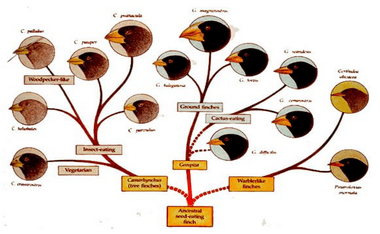 A mock conversation from the jr. high level book What’s Darwin Got to Do With It? A Friendly Conversation About Evolution:

Some working language then:

The belief that the earth is no more than 10,000 years old, and that all biological life forms were created in six calendar days and have remained relatively stable throughout their existence.

The belief that the earth and biological life owe their existence to a purposeful, intelligent creation.

The belief that undirected mechanistic processes (primarily random mutation and natural selection) can account for all the diverse and complex living organisms that exist. Insists that there is no long range plan or purpose in the history of life (i.e., that changes happen without intent).

Refers to minor variations that occur in populations over time. Examples include variation in moth population and finch beaks, and the emergence of different breeds of dogs.

Refers to the emergence of major innovations or the unguided development of new structures (like wings), new organs (like lungs), and body plans (like the origin of insects and birds). Includes changes above the species level, especially new phyla or classes. [species and classes are a hot – debatable – topic.]

The theory that all currently living organisms are descended from a common [or a few common] ancestor[s].

General Theory of Evolution (GTE): “the theory that all the living forms in the world have arisen from a single source which itself came from an inorganic form.”