First of all, I want to give props where they are due. Firstly to GAVIN MCINNES‘ work, isolated by WESO AND AUSTLOG, added to by me.

I was told THIS was a racist statement:

While I agree this hurt his chances with Hispanics, this “hurting” is not due to any racism on Trump’s part — rather, it is a lack of clear delineation and reference to facts by Trump himself.

And while “Mexico Proper” is not sending all it’s misfits, the President of Mexico and officials are making getting to our border easy by not only Mexicans but others from Central and South America (as well as other parts of the world). We all remember the stories about THE BEAST, right? By Mexico ignoring the issue (or actively protecting illegal immigrants/immigration), they might as well be complicit with it! Or am I waaay off base here?

Here is the SJW getting worked:

While I found the social justice warrior’s lack of understanding in regards to facts (or “Coyotajes”), the below is NOT funny! Here is support for the stat used in the video. One from a liberal site, another by a gay conservative:

According to a stunning Fusion investigation, 80 percent of women and girls crossing into the U.S. by way of Mexico are raped during their journey. That’s up from a previous estimate of 60 percent, ACCORDING TO AN AMNESTY INTERNATIONAL REPORT….

Donald Trump has stirred up controversy in recent days for claiming “rapists” and “killers” are migrating over the United States’ southern border. 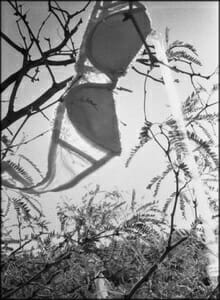 Univision and NBC Universal cut ties with Trump this past week, refusing to air the “Miss Universe” pageant he partially owns as a result, and Macy’s announced Wednesday it was also discontinuing his clothing line.

But — Trump was right.

Rapists are crossing over into the US southern border.

And officials are finding rape trees….

2 thoughts on “SJW Confronted with Facts… and Coyotajes”