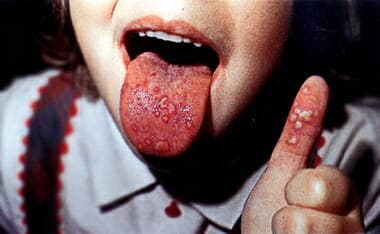 An illegal immigrant infected a Maryland class of kids who were forced to get TB shots.

This from Gateway Pundit:

Dr. Elaina George, an ear, nose, throat and chest specialist from Atlanta, told Charles Payne on FOX News today that the US could be facing a health crisis as the thousands of newly illegal children enter the classrooms this fall.

“There’s an example in Maryland, where parents got a letter from the school that there children had been exposed to an illegal child who had TB who was one of their classmates. So this fall it is potentially possible that these children entering the school systems could be carrying all sorts of things, diseases that are not on the radar.”

ABC News likewise notes the issue. I do take notice with their claim this will have no impact on the greater population… as they fly these illegals all over the country on confined — air recycled — planes.

The federal government is so overwhelmed by the current tide of migrants crossing the border it can’t provide basic medical screening to all of the children before transporting them – often by air – to longer-term holding facilities across the country, ABC News has learned.

Inside the government, officials are sounding alarms, fearing that they and their teams who come in contact with the sick children face potential exposure to infectious diseases from chicken pox to influenza, including rare cases of H1N1, more commonly called swine flu.

Two unaccompanied children were flown from Nogales to California despite having 101-degree fevers and flu-like symptoms, according to the Department of Defense memo. Those children had to be hospitalized.

The memo said pointedly that officials in charge of moving the immigrants from Border Patrol processing centers to Health and Human Services facilities are “putting sick [fevers and coughing] unaccompanied children on airplanes inbound for [Naval Base Ventura County] in addition to the chicken pox and coxsackie virus cases.”

And this note from Lonely Conservative:

This can’t be repeated enough. The illegal immigrants surging across the southern border are not being properly screened for diseases. While they wait to be processed and sent to communities all around the country they live in extremely unsanitary conditions, making the problem even worse. This is a public health threat that could affect every citizen and legal immigrant living in the United States.

…Border Patrol agents in Murrieta, Calif., have tested positive for tuberculosis. Hand and foot disease and Chagas disease, a tropical parasitic illness, both previously eradicated from the area, are on the rise.

The possibility also exists in these conditions for diseases such as dengue fever to hit the U.S.

“We had one get bacterial pneumonia a couple days ago,” Border Patrol union vice president Chris Cabrera told host Martha MacCallum on Fox News Channel’s America’s Newsroom Monday. “A lot of our guys are coming down with scabies or lice.”

Read the whole thing. This is scary. 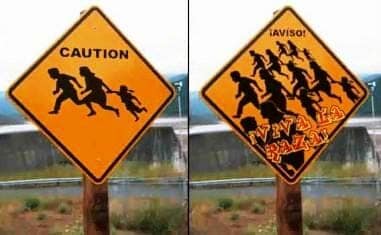 Bill O’Reilly cuts through the nonsense and the rhetoric. He features a statement by Border Patrol spokesperson agent Hector Garza, as well as a statement made on national television by Texas Governor Rick Perry. Both of the men share the opinion that the Obama regime is not engaged, at least not in a positive manner, in the border crisis.

O’Reilly also shows a clip of a woman who travelled from Honduras to the United States and was relocated into Maryland and given a court date. The news crews were there at her appointment, but she wasn’t. She also doesn’t answer at the address she listed as her residence.

While O’Reilly reports a 20% figure as those who actually meet their immigration appointment, that seems high.

He offers some lively commentary on the Obama response to the border situation and the lax immigration enforcement in general. It is accurate and not very complimentary. 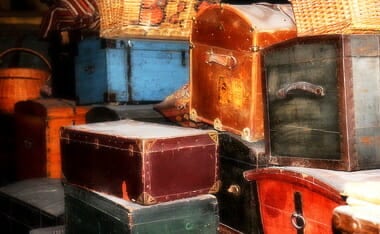