Via Anna Roberts at HypAble:

….Sony further attempted to reduce launch problems by allowing the important day one update for the PlayStation 4, which contained many key software features, to be pre-downloaded from its website – to be transferred to the console via a USB stick. That way, the strain on Sony’s servers would be reduced.

Other videos of the “Red Line” can be found here. Sony says to move the unit to a ventilated area and do not start it until it cools. In all the videos I have watched, the unit is in a ventilated area. Some of the “overheating” happens when first started, so the unit cannot possibly be overheating. Apparently, there is even a “Blue-Line of Death” that Sony has acknowledged as well.

I ma glad I have three more games to play on my XBOX 360. It will give the crew at Sony time to work out the bugs and maybe have a new edition out by the time I am ready to purchase mine. Another site, GamerAnx, has this embarrassing live “freezing” of a PS4 demonstration:

Footage of PS4 freezing, apparently after heating up while running, has popped up online. The video comes from a French outlet called Gamekyo on livestream, while they are demonstrating the game Knack.

It is a brief minute and a half video, showing two presenters talking while a cutscene from the game plays out. At this point, the system is offscreen, and has apparently been opened up. One presenter notices that the system is emitting heat and places his hands near it, and the other does the same and concurs. They talk to a Sony person  offscreen, and then go on a few more seconds like nothing happened.

And then, close to the middle of it, the game starts freezing. One presenter takes a long glance at the system, and then glances to the screen. The game starts moving again, but the framerate dips completely. They try to go home, and then enter back in, but this does not fix the problem. Finally, they leave the game completely and reenter, and this is where the clip ends.

What is my suggestion? The same thing I have done with my gateway (router), put a small fan on it: 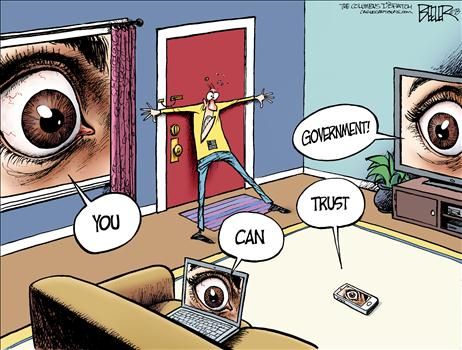 I wonder if anyone at Microsoft said, “you know, the only thing that could derail our new XBOX-ONE from sales is that by being connected to the internet ALL-THE-TIME if there were a huge government collection of data and access to machines online from your home.” I can imagine the other employee saying, “let’s lean forward with this project, Obama says we can trust the government.”